What I am mostly surprised of this region of Belgium, is its nature. The heavily forested Ardennes massif occupies the southeast of the Walloon region. Mostly cliffs, forests, river Meuse […] 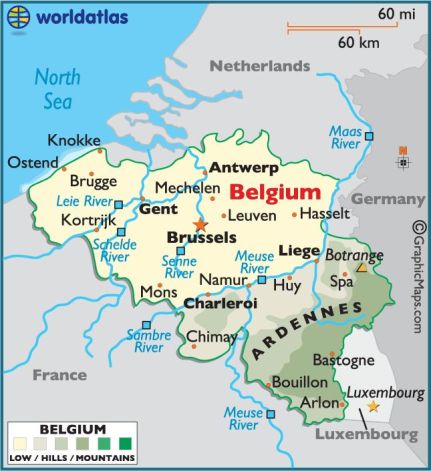 What I am mostly surprised of this region of Belgium, is its nature. The heavily forested Ardennes massif occupies the southeast of the Walloon region. Mostly cliffs, forests, river Meuse and many streams. The legend said Hitler will never manage to break through the Ardennes and take over Belgium and later Netherlands. Happens to be the guy invented tenks.

Anyhow, this topographic peculiarity gave the region its name, Wallonie being in the Walloon tongue the ‘land of the valleys’ (vallons). It is a common misconception to think that the region’s name derives from Walha, the ancient Germanic word for ‘strangers’ or ‘non-Germanic people’, after which Wales and Wallachia were named.

As a pat of Kingdom of Belgium,  the economic inequalities and linguistic divide between Wallonie and Flanders are major sources of political conflict in Belgium and a major factor in Flemish separatism.

This is Wallonia’s largest city. It is one of the longest continuous history of any Belgian cities and some fine examples of 17th- and 18th-century Mosan architecture. It is a vibrant and friendly city known in French as the Citée ardente, due to the warmth and enthusiasm of the local folk.

As Birthplace of Charlemagne, the place has the present cathedral of Liège which was originally one among the seven collegiate churches of the city built in the times of merovinian dynasty. Today it is called St. Lambert’s Cathedral.

Mons got its name from Latin “montes“, meaning “mount”, from the geographical feature where it stands, although it is really just a hill. 🙂

At the heart of the city is a beautiful Grand Place with buildings originally built in 1530 in the Gothic style of wealthy local families. Ofcourse, there is a Town Hall (so called “House of Peace”) and the Belfry.

Outside the main entrance of City Hall is a small iron statue of a monkey. Its origin is not really known, but it is for sure some centuries old. Some historians claim it was placed there in order to bring luck to the city and its inhabitants. Today, the tradition is that when you visit Mons, you should touch the monkey’s head with left hand and make a wish.

The Sainte-Waudru Collegiate Church is one of the most characteristic churches and most homogeneous of Brabantine Gothic architecture (Brabant is the region of Wallonie). 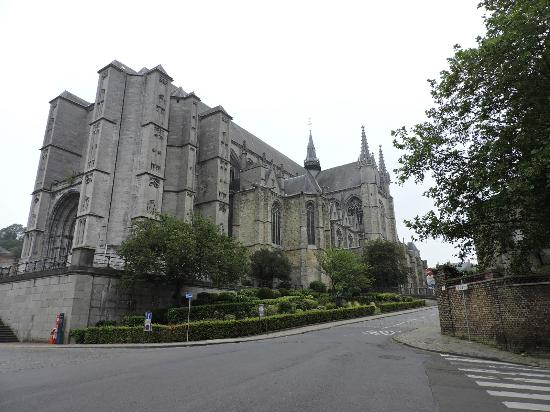 Then my favourite Namur and Dinant! 🙂

Standing at the Meuse river, the town began as an important trading settlement in Celtic times, straddling east-west and north-south trade routes across the Ardennes.

The Romans established a presence after Julius Caesar defeated the local Aduatuci tribe.

Namur came to prominence during the early Middle Ages when the Merovingians built a castle or citadel on the rocky spur overlooking the town at the confluence of the two rivers. When the Dutch gained the right to garrison Namur, although the subsequent Treaty of Utrecht of 1713 gave control of Namur to the then called Spanish Netherlands , the citadel was in the hands of the Austrian House of Habsburg. Note the strategic importance of the citadell, which was later recognized by Napoleon, too.

Middle Ages were also the most interesting time for Namur. It was economically rich and developed, at the crossroads of the German Hansestadts and France.

It was the city of handcrafts, especially the goldsmiths’ work and glass work are valuable and unique to see in the local museum.

From Namur, I took the train to Dinant! 🙂

The train was passing by beautiful  Ardennes, marked with river Meuse, green forest and high and sharp cliffs. There is a legend about the four nephews of Charlemagne  riding a horse named Reynard, passing by the Ardennes and separating magically the cliff to go through. It is how the valley of Dinant became (he name of the city comes from celtic ”Sacred Valley” or “Divine Valley” ).

The city is rather small but pictoresque. The main square is Place Reine Astrid, just at the foot of the citadel hill. People climb usually at the top of the citadel with the funicular, and enjoy the view from the restaurant. Below is the collegiate Church of Notre-Dame.

Just opposite the church stands the Meuse bridge. It is a beautiful early Gothic building from the 13th century on which are placed colorful saxophons in the colors of the flags od EU member states. Why saxophones?

Well, the inventor of saxophone – Mr Adolph Sax was born in Dinant. 🙂