A day trip to the south of Brussels, to be more precise – Brabant region in Wallonie which is the site of the Battle of Waterloo, where the resurgent Napoleon was defeated for the […]

A day trip to the south of Brussels, to be more precise – Brabant region in Wallonie which is the site of the Battle of Waterloo, where the resurgent Napoleon was defeated for the final time in 1815.

We started with the visit to the museum which takes you to the times of enlightenment and ideas of the 18th century philosophers like Rene Descartes or Diderot, Immanuel Kant (my ever time favorite), Montesquieu, Rousseau, Adam Smith, Voltaire  … whose main ideology based on the idea that a human is allowed to advice for itself without being oppressed by the government nor church: in opposition to an absolute monarchy and the fixed dogmas of the Roman Catholic Church

Soon evolved the Declaration of the Rights of the Man and of the Citizen of 1789 (Déclaration des droits de l’homme et du citoyen de 1789, fra) – a human civil rights document from the French Revolution.

However, Napoleon – even though sharing these principles (he established the civil code etc), soon started to rule in authoritarian way and battling the Europe in Napoleonic wars.  So, the european leaders allied against him in  The Gret Coalition.

The Europe that time after so many battles looked liked this:

The most south battle was Battle of Santa Cruz de Tenerife which I mentioned in my previous post when visiting the Canary Islands. The battle between French Empire and British Royal was famous for admiral Nelson loosing his arm.

However, the wars through Europe continued and The Great Coalition decided to invite Napoleon for the battle at Waterloo.

The Battle of Waterloo took place near Waterloo on 18 June 1815 between the First French Empire of Napoleon Bonaparte and the Seventh Coalition (troops from Prussia, the United Kingdom, the Netherlands, Hanover, Brunswick and Nassau), under the main allied commanders, the Duke of Wellington and General von Blücher.

Napoleon lost and the allies decided to make a tribute by building the butte with the victorious lion facing the France. We climbed up with 226 stairs, in order to see the battle and the strategy drawn. 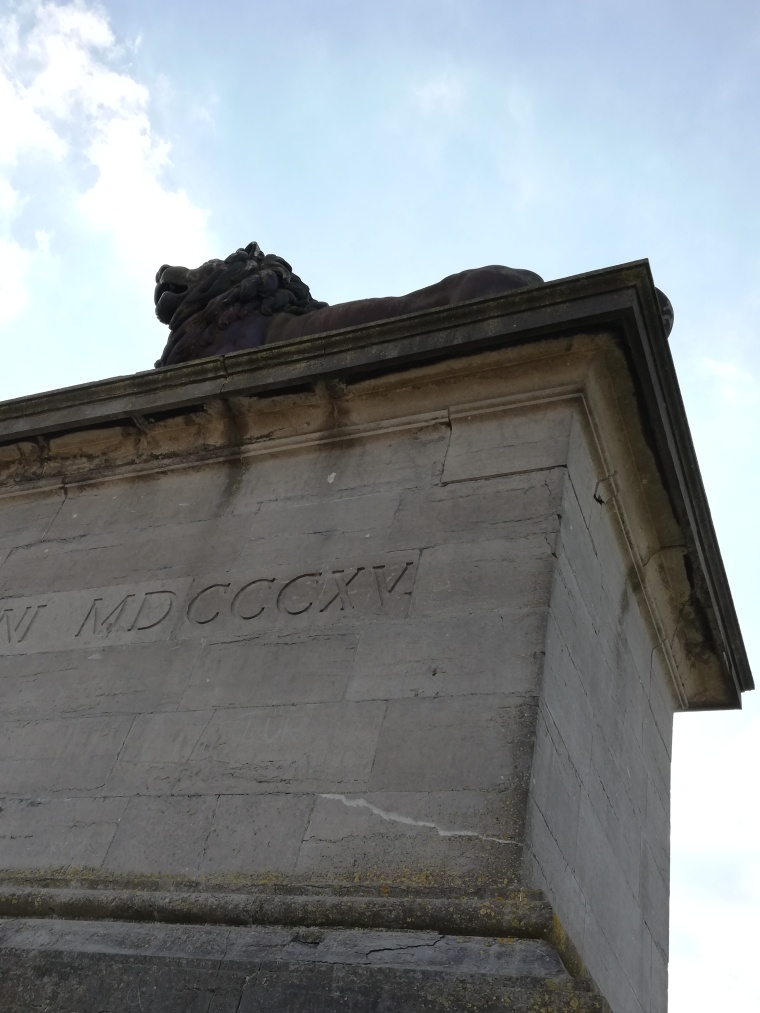 Time for the beer: of course, in the country of beers, the Waterloo commemorative beer 🙂

The day was still bright and there was so many things to see around the field: the barracks of both enemies where the soldiers were sleeping, or the Hougoumont – the small house with the yard where finally the enemies met again to finish the battle, it was kinds the battle within the battle.

In his novel Les Misérables, Victor Hugo describes how 300 bodies were thrown down a well at Hougoumont. Most of them were still alive.

Fun fact: a celebrated 400 years old wooden crucifix which survived an inferno during the Battle of Waterloo was only to be looted from a battlefield chapel has been rediscovered in a Belgian flea market after a four year hunt by Interpol. The crucifix is now there, at the Hougoumont farm and it well respected.

The visit to the battlefield was very touching and sensitive. We decided to walk the land field which is nowadays full of agricultural goods but once the place of terrible battlefield. 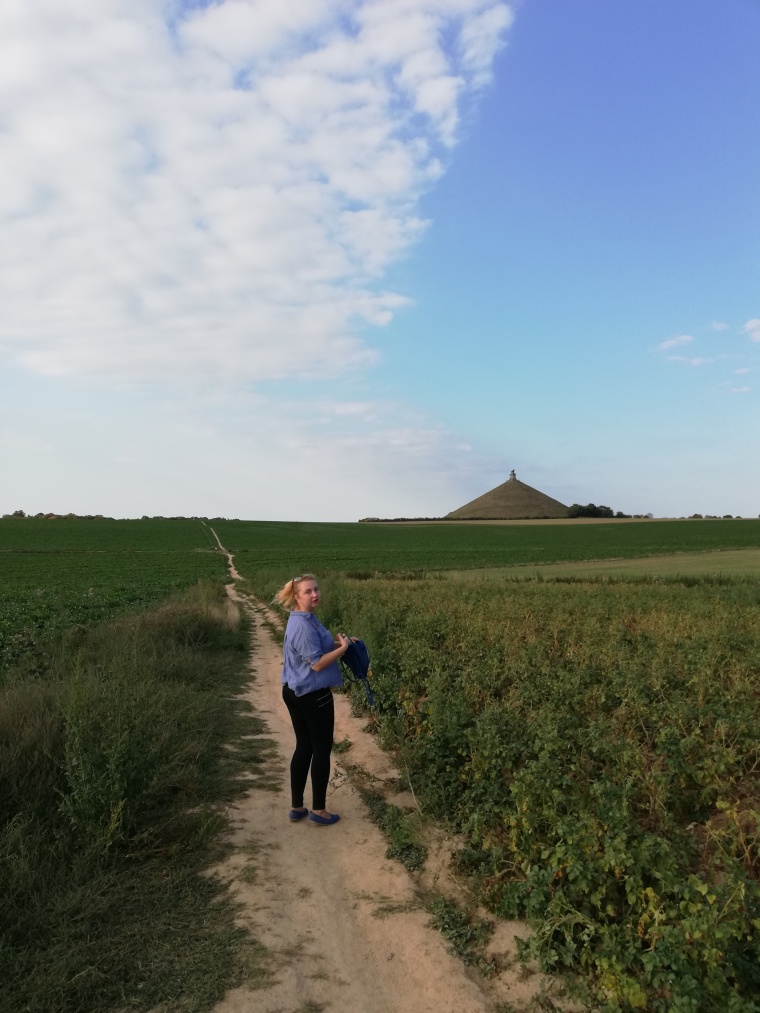 The day finished in the city of Waterloo with the dinner. In the city center there is a small museum dedicated to the winner of the battle: the commander Wellington.

Funny, isn’t it? Even though he is the actual winner of the battle who stopped Napoleon for long time, his name is not even close mentioned and celebrated as Napoleons’.

L'art pour l'art.
Only going places that spark joy. ✨ #eiffeltower🗼 #toureiffel🗼 #champsdemars⚜️ #paris #france🇫🇷
Route de Champagne 🍾 mama i ja ❤
Solving horizon question.
The moment of: What to do in Brno? 🤭
Looking back towards little Ivana when she was 17 and standing here at Charles bridge.
Natural pools of the ocean wilderness.
Dolphins 🐬 and me 👱‍♀️
All l ever wanted...