After 5 years, I was again in Portugal. Lisbon has been checked and explored quite well, so I decided to explore a bit more! I had a hotel in Oeiras […]

After 5 years, I was again in Portugal. Lisbon has been checked and explored quite well, so I decided to explore a bit more!

I had a hotel in Oeiras so my friend who lives in Lisbon rented a car and we started a journey towards the north of the country.

We visited Santarem at first. Just a small half an tour stop. As we parked the car, a small gypsy boy approached us begging the money. Luckily, Nikola has a noble heart. 🙂 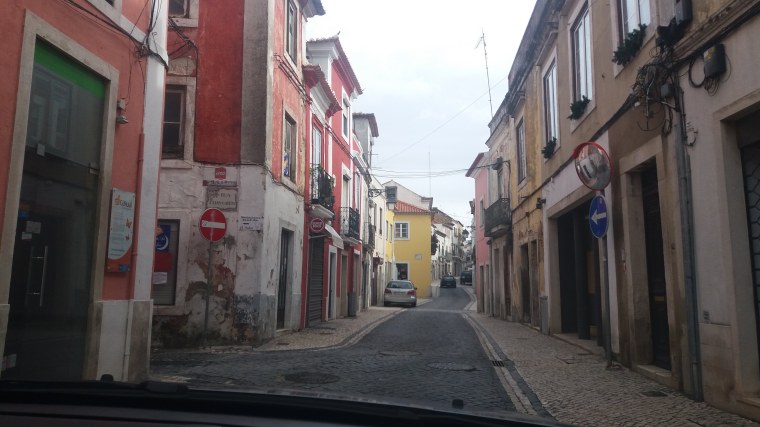 Santarem is a small city with nice streets around so you can really see the influence of  Greeks, Romans, Visigoths, Moors and later Portuguese Christians.

There is a story, one of the various legends which tells how the city got its name: the Visigoth Saint Iria (or Irene), who was martyred in Tomar (Nabantia) but her uncorrupted body reached Santarém. In her honour, the name of the town (then known by its Latin name Scalabis) later became Sancta Irene, from which Santarém derives.

Santarém city centre has several monuments, including the largest and most varied ensemble of gothic churches in Portugal. These include fine examples of transitional Romanesque–Gothic.

The biggest impression left was the Church of the Grace, port. Igreja da Graça, built between the 14th and 15th centuries in a mix of mendicant and flamboyant Gothic styles. It has a main portal and rose window (unique in the world, carved out of a single stone) . 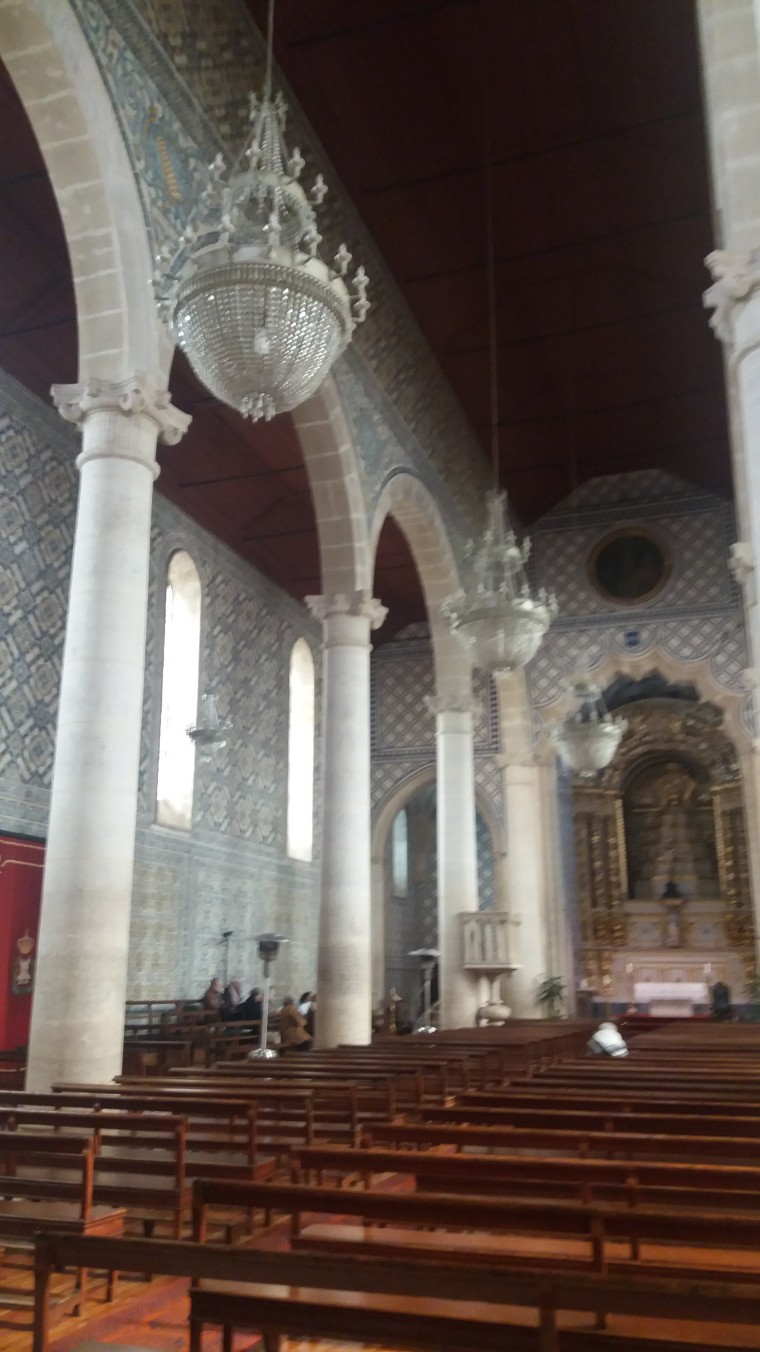 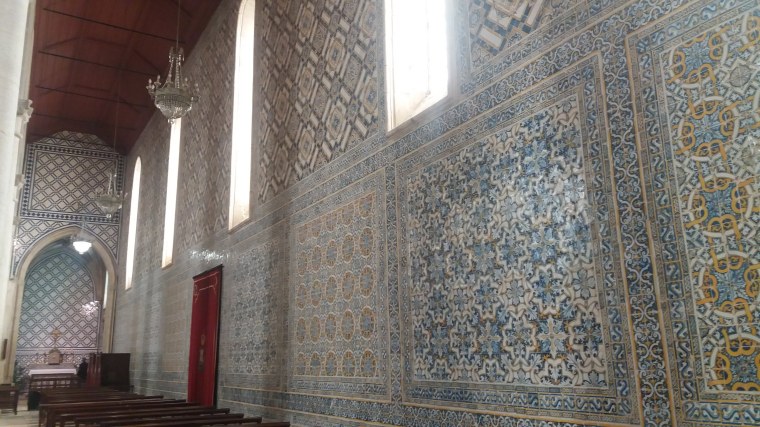 Notable are the street decorations as well, painted names of the streets and saints. I took a photo of some of them as these are actually traditonal colors of the country. 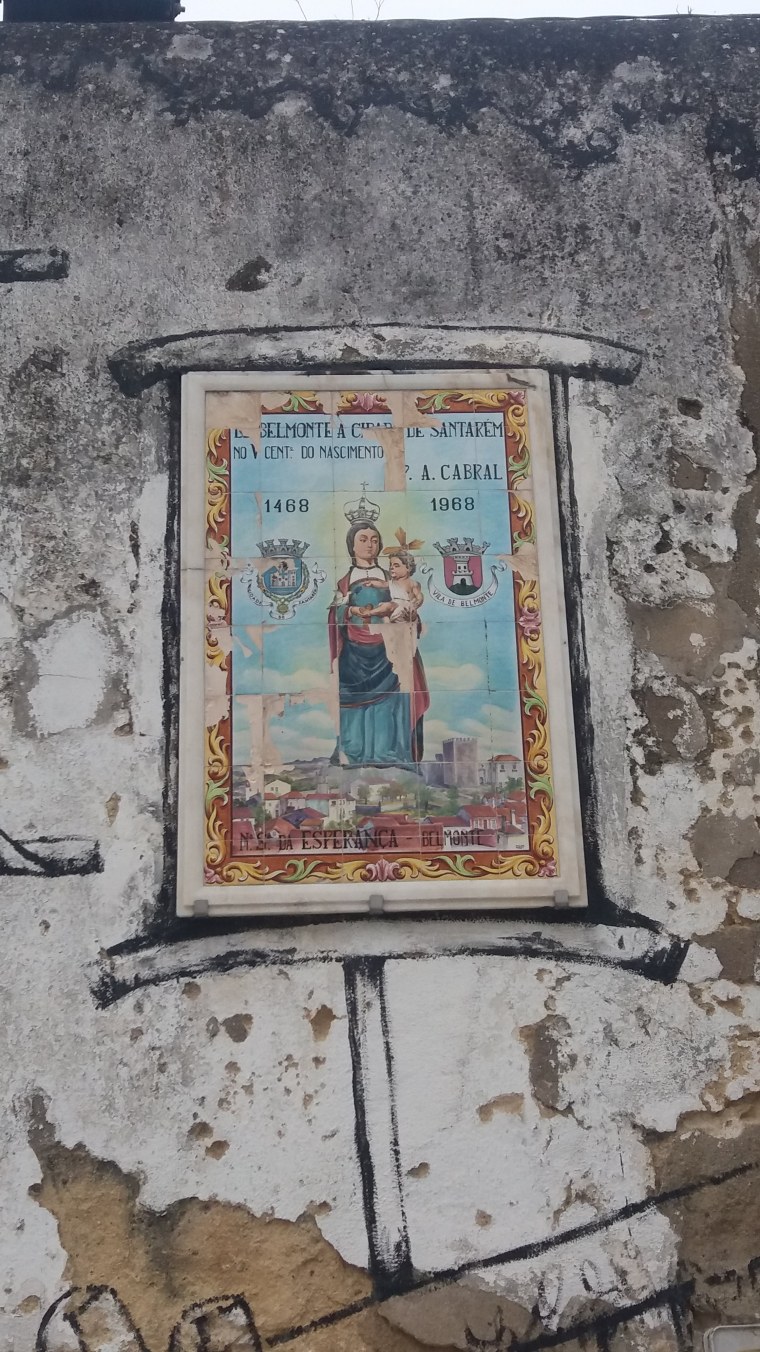 Pedro Álvares Cabral, discoverer of Brazil, and his wife are buried under a simple slab near the main chapel of the Church of the Grace.

We continued the way towards Coimbra, but first we needed to get out of the city. The roads to come down the hill and come back to highway again were like this:

Thanks to the Late Middle Ages, with its decline as the political centre of the Kingdom of Portugal, Coimbra became an inspiration for J.K. Rowling to write her searial of Harry Potter books.

This is why nowadays first year students are wearing the black mantle. 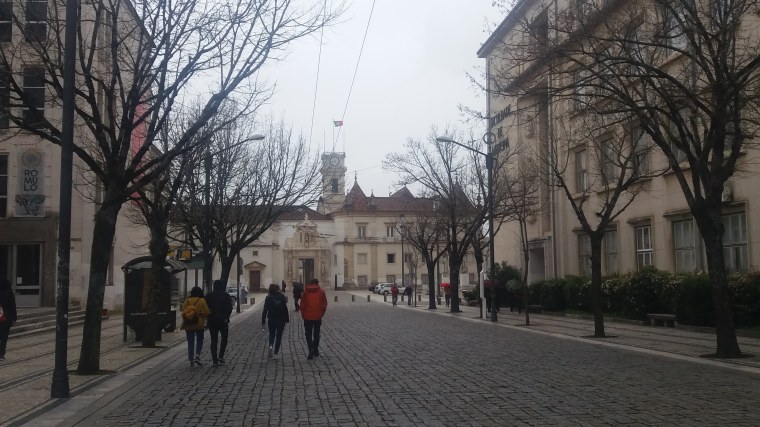 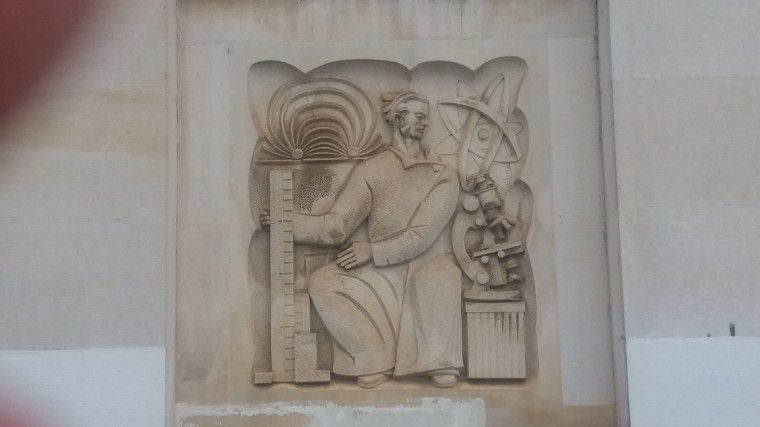 However, even though succesful in the middle ages, the city, located on a hill by the Mondego River, was called Aeminium, deriving its name from Roman  times.

The Botanical Garden is just there, founded in 1772-1774 and it was integrated with the Natural History Museum established by the Marquis of Pombal. 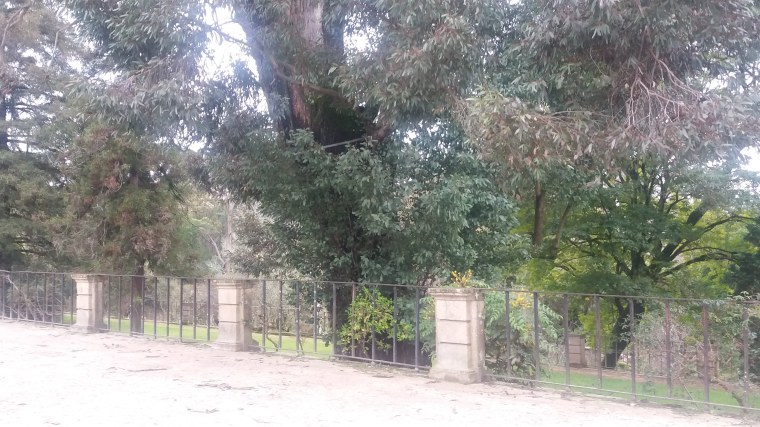 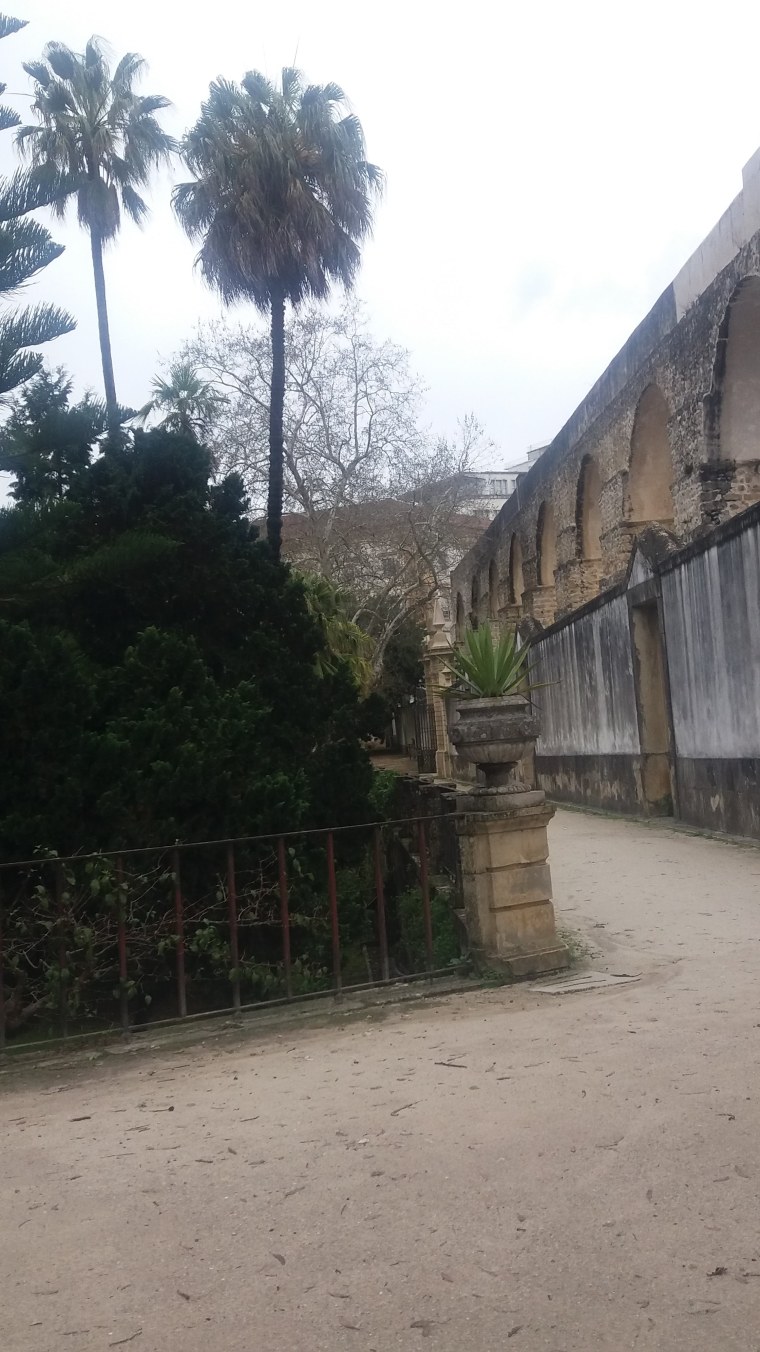 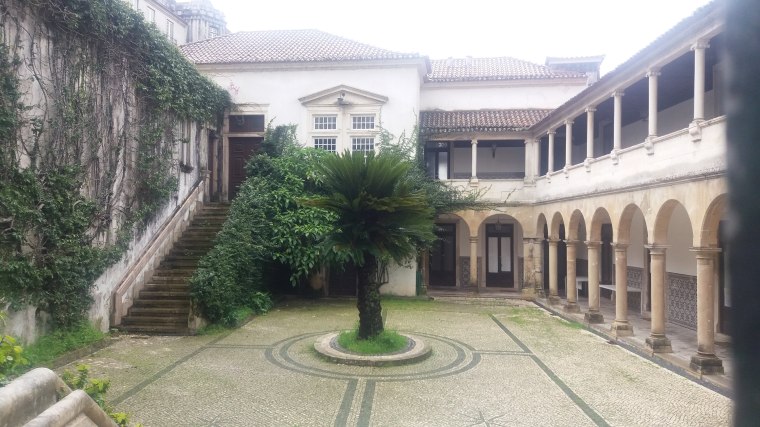 Soon we got lost in this hilly city center, so I just decided to wander around while taking photos and enjoying the time: 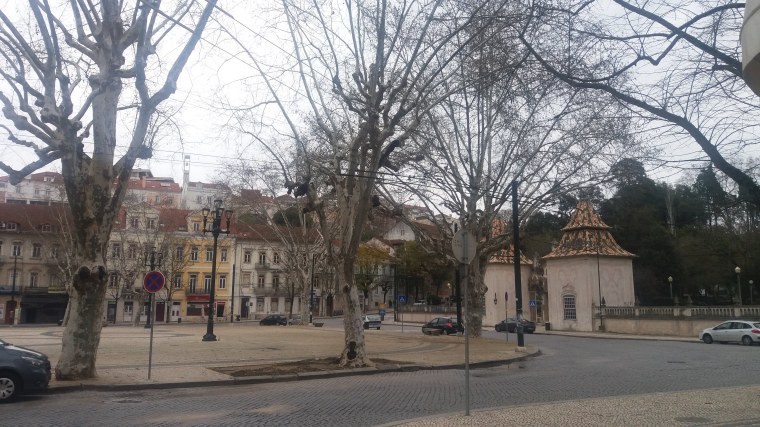 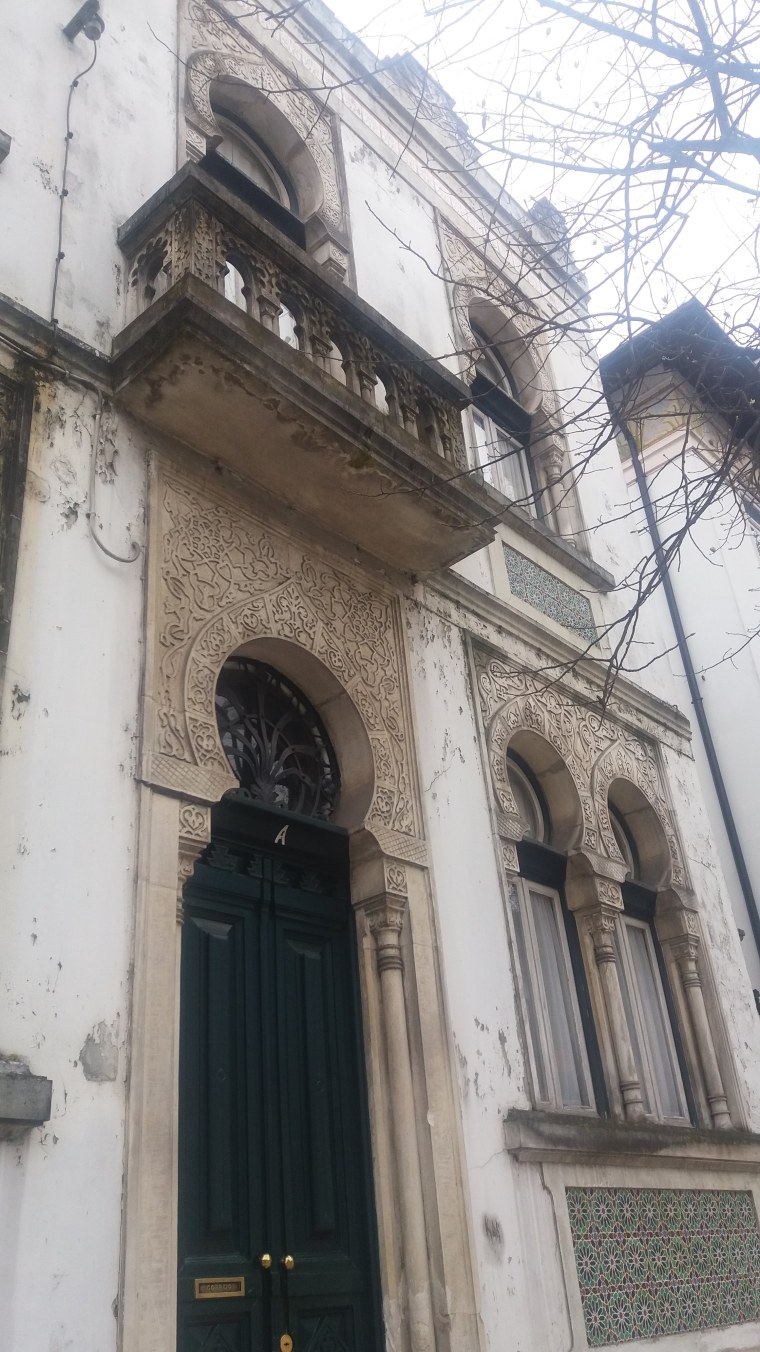 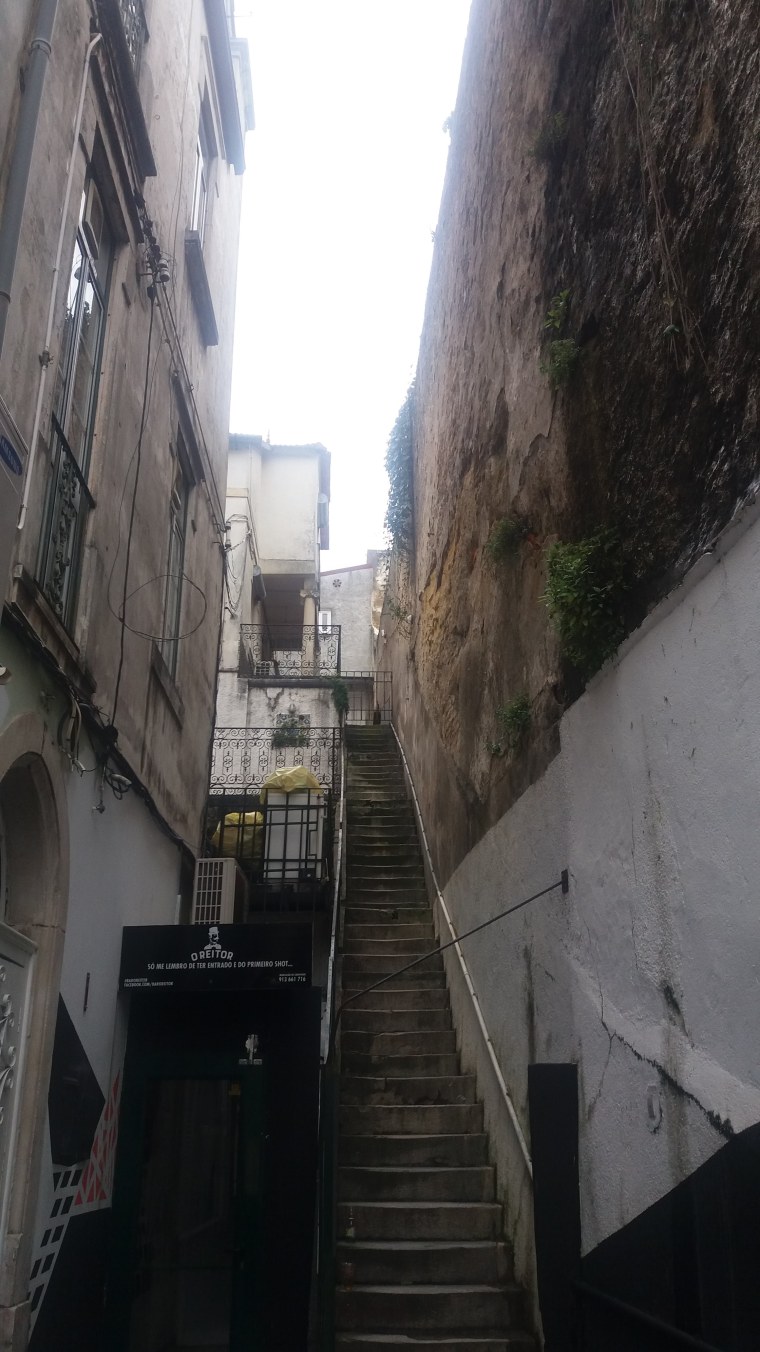 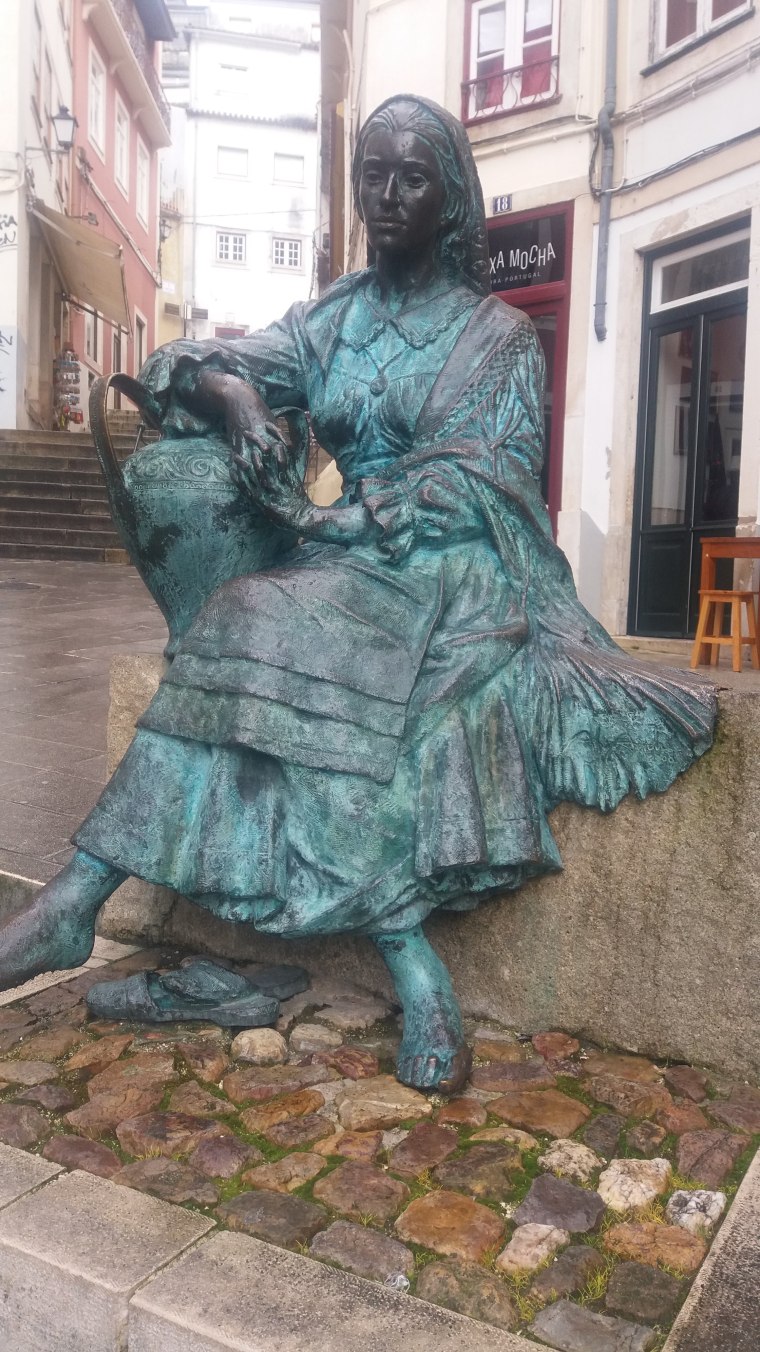 That’s it from Coimbra. Next stop: Port (in the next blog post). Back to highway.

PS On highway we noticed the burned landscapes from the Great Fire in Portugal last summer 2017 when more than 60 people burned immediately on the road. RIP