Great, big, diplomatic, historic, curteous, quite and calm Warsaw. But then comes the night and you start with vodka and end up calling your ex in some Budda club at […]

Great, big, diplomatic, historic, curteous, quite and calm Warsaw. But then comes the night and you start with vodka and end up calling your ex in some Budda club at 2 am.

It all started by my friend’s invitation to Warsaw. I arrived around 22:00 and first thing I saw was the Palace of Culture and Science. Stalin’s gift to the Poles and the building where the Warsaw Pact was signed, in 1955.

That same night she told me we will go out with more people. We started with normal fine polish biers, until someone ordered vodka. She told me that the habit is not to leave the table before the entire bottle is finished. It was a blast. 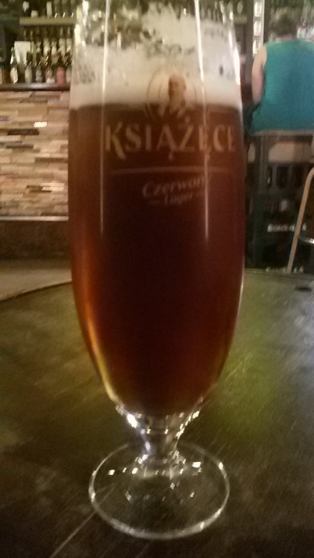 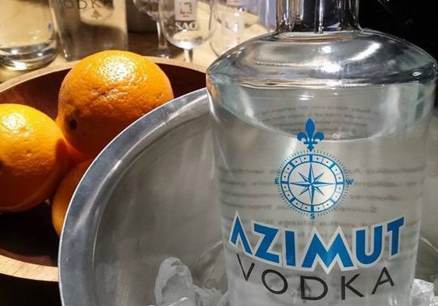 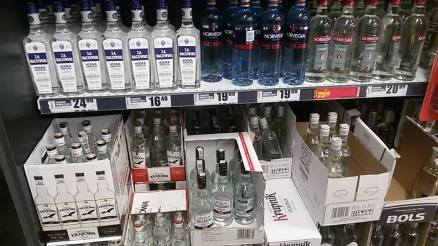 The rest of the week was cultural uplift and foodies. Like this great onion soup discovery in the plate made of bread. 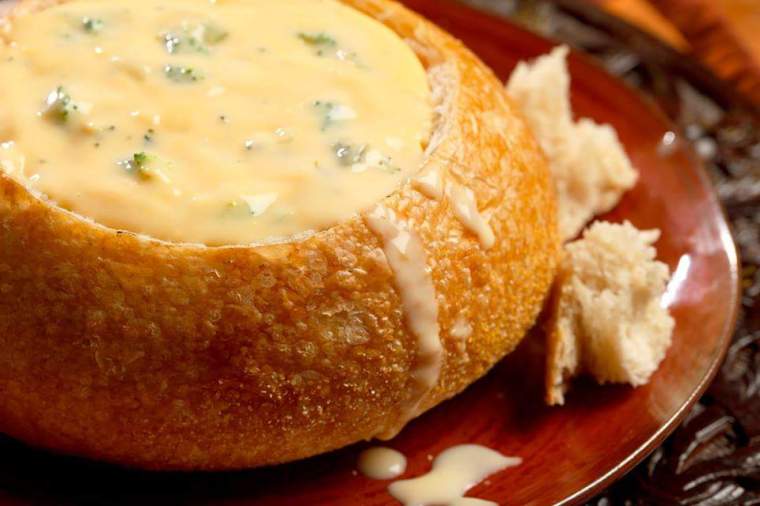 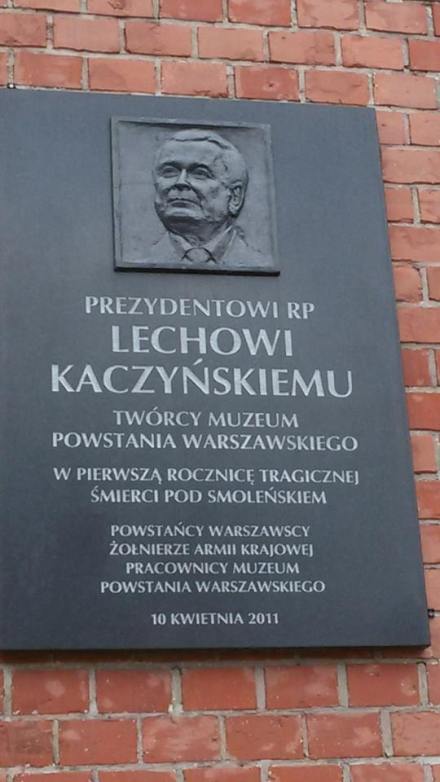 He was the identical twin brother of the former Prime Minister of Poland  Jarosław. He died hin 2010 in the crash of a Polish Air Force jet together with more than 96 state officials, politicians like the  the mentioned President of Poland Lech Kaczyński and his wife Maria, the former President of Poland in exile, the chief of the Polish General Staff and other senior Polish military officers, the president of the National Bank of Poland, Polish Government officials, 18 members of the Polish Parliament, senior members of the Polish clergy etc. The crash accident is shrouded in conspiracy theory.

Lech is famous by banning the Warsaw gay pride parade twice in 2004 and again in 2005, locally known as the Parada Równości (the Equality Parade), stating that the application of the parade organizers had not been properly filed, and also that he did not respect homosexuals’ right to demonstrate, “I respect your right to demonstrate as citizens. But not as homosexuals.”

So now about the Uprising Museum dedicated to the  Warsaw Uprising of 1944 during the WW2. 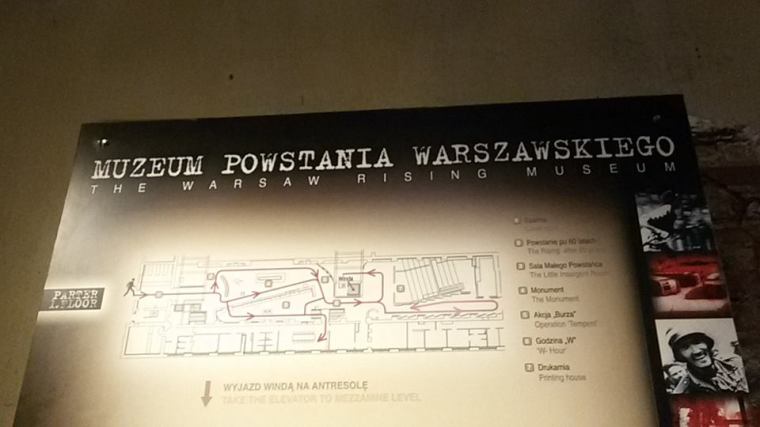 The museum shows possessions of the Polish Underground State during World War II made of mostly local Warsaw Jews. It collects and maintains hundreds of artifacts — ranging from weapons used by the insurgents to love letters — to present a full picture of the people involved.

The museum’s stated goals include the creation of an archive of historical information on the uprising and the recording of the stories and memories of living participants.

Most of the ruins and passes between buildings have been used by children as they were small enough to go through and bring useful information or small food supplies. 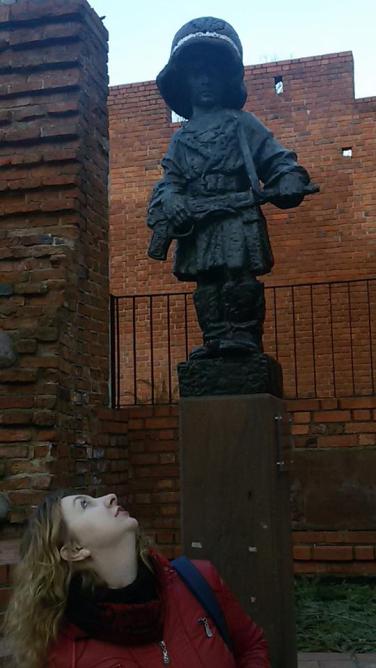 Monument to the Death of the Warsaw Uprising 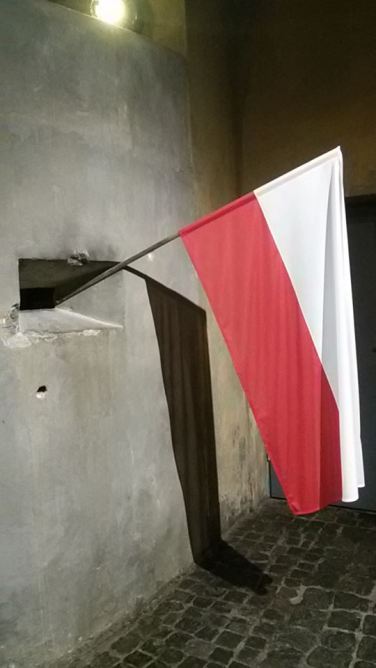 The Uprising was resistant, the nazi occupation as well. By that, the Allies (Russia and UK) standing alongside watching the battle and waiting the moment to enter triumphantly in the city, claiming the victory which was so obviously won by the insurgents.

The schocking moment was at the end of museum where was a big poster of Jesus Christ thanking God for winning the WW2 and always protecting Polish people. -_- So sad they don’t recognize the irony.

Memorial to the Mothers of the Warsaw Uprising. The anchor and the letter P are the resistance symbol.
Monument to warriors Warszaw

Continuing my way exploring Warsaw, this building appeared: Technical University. It is a typical Warsaw massive building builded in secession.

As I was still stuck in history, I decided to sit for a coffee in a place from pre- WW2 era. Everything there is just like in the 30’s. The piano, old radio, chandelliers, walls…

Now about streets in Warsaw. Each of them tells the story, like Želazna street from the jewish ghetto, or the Street of John Paul II – the first pope non-italian pope coming from Poland. 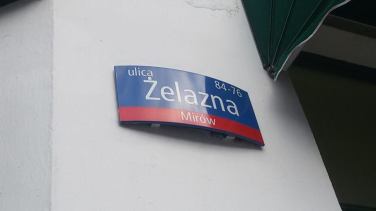 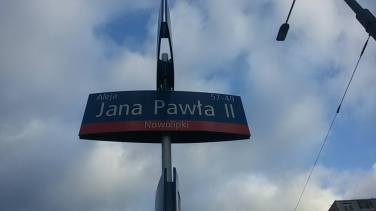 Then some photos from the streets: the tram and the view towards the financial ditrict: 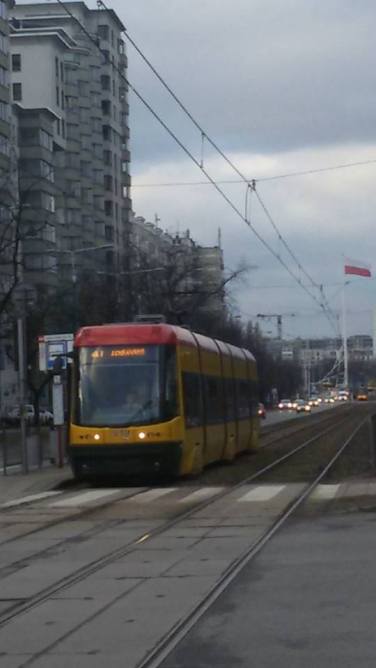 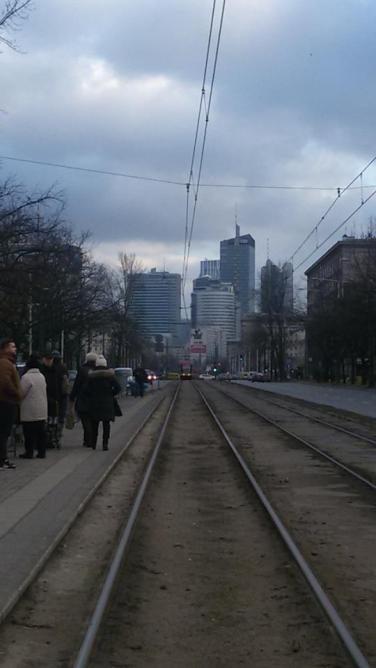 It was on my way to Pawiak museum, a former prison that during the January 1863 Uprising  served as a transfer camp for Poles sentenced by Imperial Russia to deportation to Siberia.

During the World War II German occupation of Poland, it became part of the Nazi concentration-death camp apparatus in Warsaw. In 1944 it was destroyed by the Germans to hide their traces.

Travelling the world and visiting many museums, I can say I have visited so far around 10 jewish museums and they are always the most expensive ones with the most expensive entrance fee. The last one I visited was Polin Museum of the History of Polish Jews. And probably will stay like this for long time. With all due respect.

Museum is on the site of the former Warsaw Ghetto. The Hebrew word Polin means either “Poland” or “rest here” and is related to a legend on the arrival of the first Jews in Poland.

Inside of it you can find features of multimedia narrative exhibitions about the living Jewish community that flourished in Poland for a thousand years up to the Holocaust. It was definitely educational to see how Jewish community lived in Middle Ages surviving by growing their crafts, trades, banks and businesses. 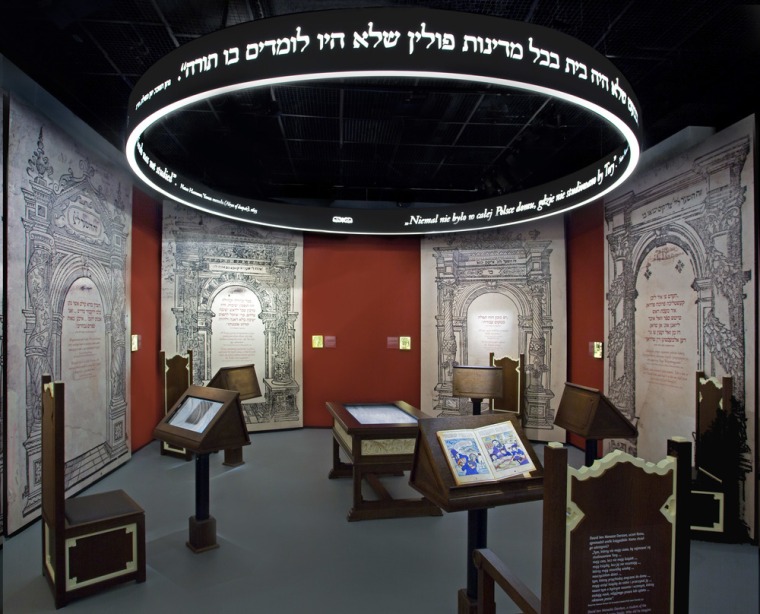 Now about the city center and the city square  a total mediaval history here 🙂 My favourites!

Plac Zamkowy is the name of the main square and it literally means castle square as there is the Royal Castle – the former official residence of Polish monarchs.

The Square features the landmark Sigismund’s Column to the south-west, and is surrounded by historic townhouses. It marks the beginning of the bustling Royal Route extending to the south.

This square has witnessed many dramatic scenes in Polish history. Patriotic demonstrations took place there during the period before the outbreak of the January Uprising of 1863 against Imperial Russia and its brutality over Polish people, as during that time the bloody massacre was carried out, resulting in the deaths of more than 100 people.

During martial law (refers to the 1980’s when the authoritarian communist government of the People’s Republic of Poland drastically restricted normal life) the square became the scene of the particularly brutal riot, with ZOMO police.

Going through Warsaw Old Town – my friend joined me from work and we had a great time exploring even though it was called and windy. 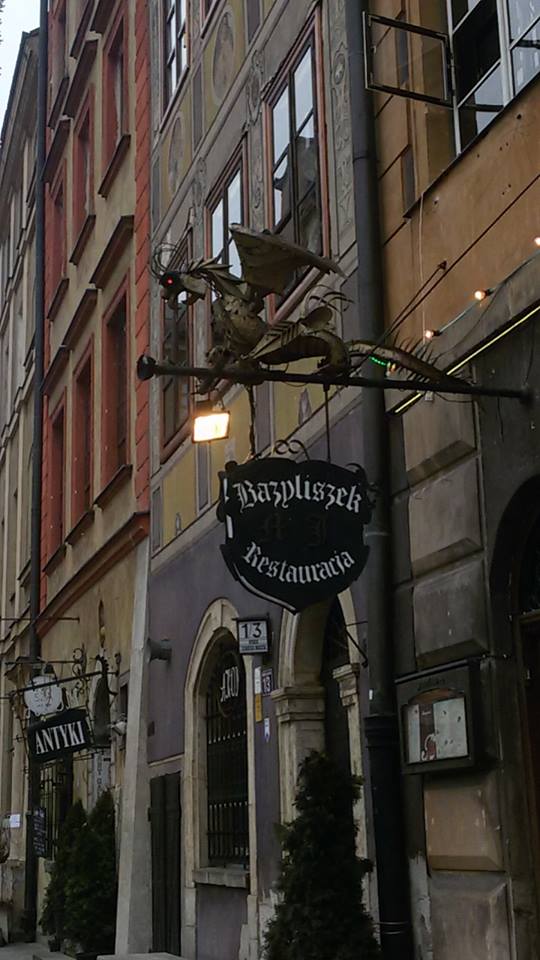 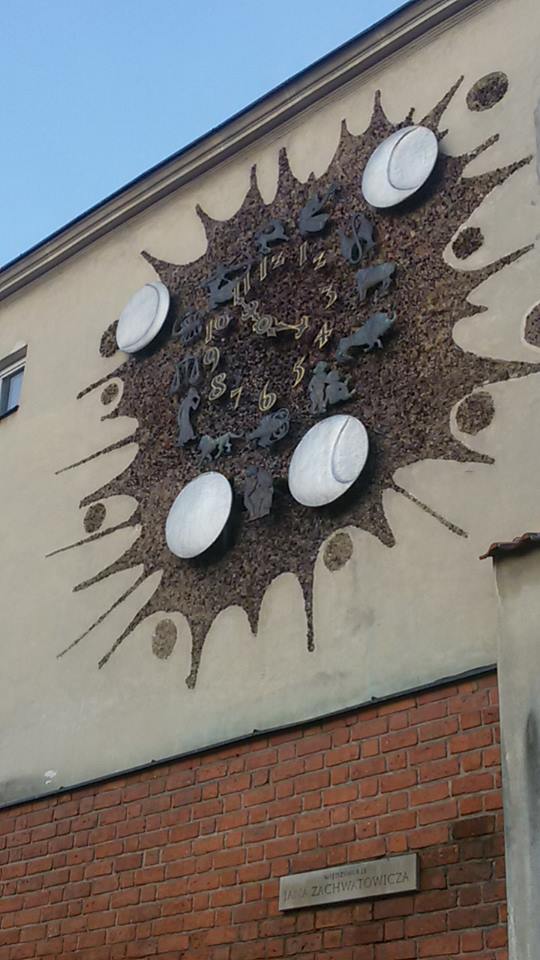 A symbol of Warsaw represented on the city’s coat of arms and well as in a number of statues and other imagery is Mermaid of Warsaw. Actually, more properly woud be a fresh-water mermaid called melusina. The story about it is similar with some European cities especially Luxembourg city. 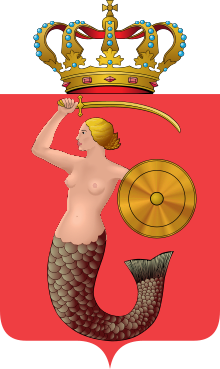 The legend says the mermaid was swimming in the river Vistula when she stopped on a riverbank near the Old Town to rest. Liking it, she decided to stay. Local fishermen noticed that something was creating waves, tangling nets, and releasing their fish. They planned to trap the offender, but fell in love with her upon hearing her singing. Later, a rich merchant trapped the mermaid and imprisoned her. Hearing her cries, the fishermen rescued her, and ever since, the mermaid, armed with a sword and a shield, has been ready to help protect the city and its residents.

The heart of the Old town area is the Old Town Market Place, rich in restaurants, cafés and shops. Surrounding streets feature medieval architecture such as the city walls, the Barbican and St. John’s Cathedral.

We treated ourselves properly 🙂

Poland is well – known by amber. Since my mother was born in the months of this gemstone, I decided to treat her with one.

Warsaw is also a birthplace of Nikola Kopernik –  a Renaissance- and Reformation-era mathematician and astronomer who formulated a model of the universe that placed the Sun rather than the Earth at the center of the universe. What a times in mediava l Warsaw!

Thereby the Copernicus Science Centre is placed there too.

But the real hero of there is Fryderyk Chopin – haolding the airport’s name, the church , statue and a museum. 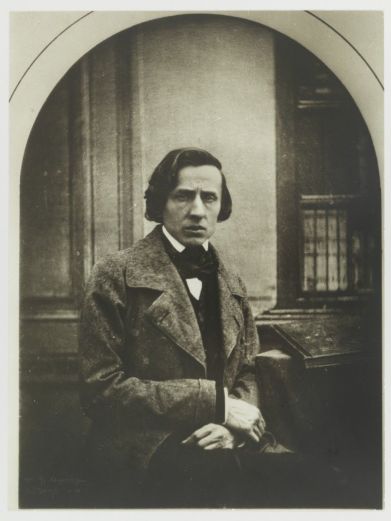 He was a polish composer and and virtuoso pianist of the Romantic era who wrote primarily for the solo piano. He lived in 19th century and died in Paris. But before his dead he said some parts of his shoud rest in his lovely Warsaw. Today, his heart is placed in Holy Cross Church.

So what happened exactly?

During his final days, famed Polish composer, with fawning Parisian women fainting all around him, he made the gruesome request that his heart be taken from his corpse and sent back to his home country, knowing full well that his body would never leave Paris.

We visited the Fryderyk Chopin Museum too where you can find out more about his burning life episodes and items like his piano etc.

On the way back we visited the place of the first Chopin performance, at age 8. Nowaday is marked with sitting benches performing his songs.

Ode to the industrial revolution.
In the end it doesn' t even matter...
Instagram vs. Reality tulip check.
He has all the dirt.
Sempervivum tectorum.
April fools.
Sretan Uskrs.
Winnetou was here.
The place where the only Pope north of Alps is burried - Clemencau ll.