Free and Hanseatic City of Hamburg is the second largest city in Germany. It derives from 9th century and the times of the king Charlemagne. It rose in a marsh between the River Alster and the River Elbe as a defence against Slavic incursion, and got the name Hammaburg, burg meaning castle or fort. Hamburg’s port the so-called Hafencity, was […]

Free and Hanseatic City of Hamburg is the second largest city in Germany. It derives from 9th century and the times of the king Charlemagne. It rose in a marsh between the River Alster and the River Elbe as a defence against Slavic incursion, and got the name Hammaburg, burg meaning castle or fort.

Hamburg’s port the so-called Hafencity, was first established in the 12th century and grew from there. It was integral to the trade of Europe and eventually as a hub for passenger ships. These days it is the second largest port in Europe and is considered to be ‘Germany’s gateway to the world’. Almost 10 million containers were handled in Hamburg last year.

Flussschifferkirche and the port behinf 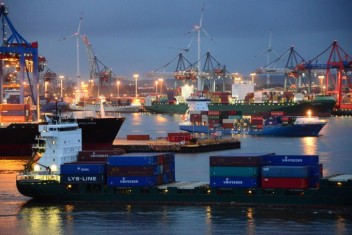 Port and the lights

A propos the Hanseatic League: Hamburg played a key role in the medieval trade alliance. By the 14th Century, the port was already the premier German transshipment center between the North and Baltic seas.

In 19 century, the classical merchant’s house combined storage, business and living areas and was built right on the banks of the canals of the river Alster or the river Elbe itself. These combined storages and living houses were called Speicherstadt – historic warehouse complex. Most of the merchants were of the Jewish origin.

Historic view on the port

Merchants houses and storages of the trades

Bridges of the canals

The official name of Hamburg reflects its history as a member of the medieval Hanseatic League, as a free imperial city of the Holy Roman Empire, a city-state, and one of the 16 states of Germany. This means that the civic republic was ruled by a class of hereditary grand burghers or Hanseaten. This heritage is very well preserved in the city centre: The Old Town is Hamburg’s oldest district and real attraction for many tourists. Because of the bombings by the allied ones during World War II, the old town is not so old. Some historic buildings have been rebuilt, but you can also find many modern buildings in Altstadt. Rathaus (germ City Hall) is the neo-reneissance building. The lobby is a public area used for concerts and exhibitions and open for public. In front of the building is traditionally the market-square. 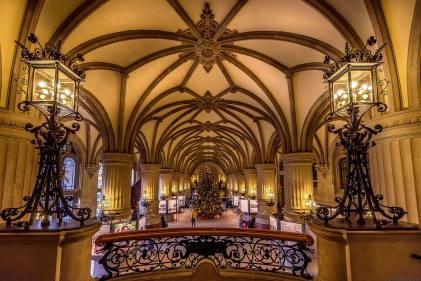 In continuation of the city square, up to the north is the Mönckebergstrasse – the most famous shopping street in the city center. I liked particularly its historic houses since here until early 20 century lived the poor people lived in narrow streets lined with half-timbered houses. By recontruction of the area, the potentiual risk of cholera was reduced and the boulevard of the proude and economic power of the Hanseatic city was built. 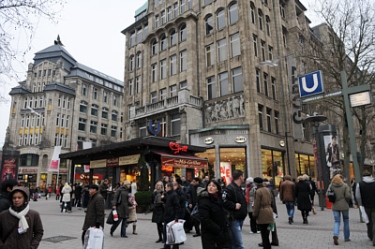 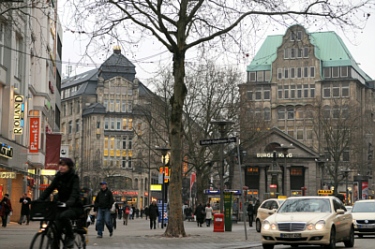 St Petri Kirche (germ St Peter’s Church) from 1878 is the landmark of Mönckebergstrasse. It is 133m tall to the spire. It was built by Pope Leo the 10th. The current Gothic church was built on top of several ruined churches from the past. 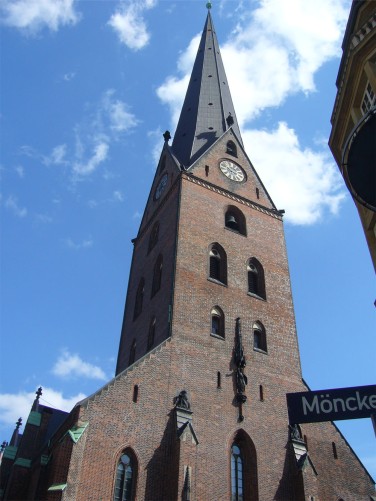 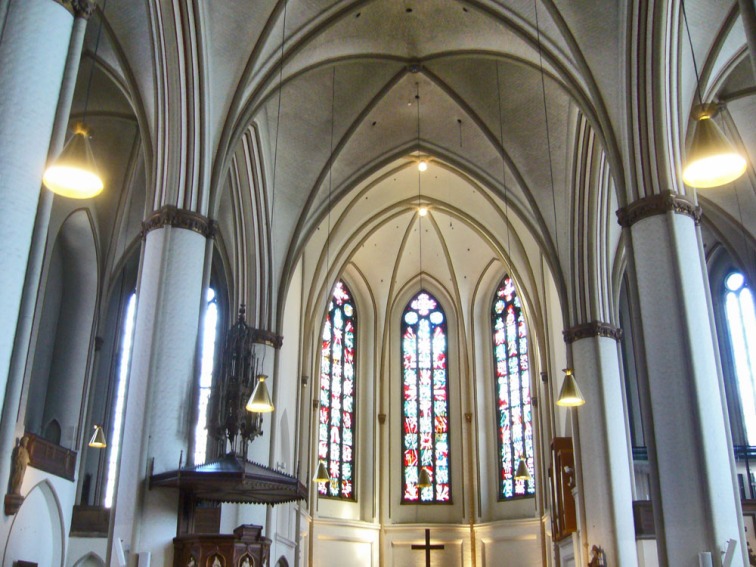 Talking about churches, the most emotional and stunning part ofthe Hamburg to me was the St Nikolai Church Memorial. It was formerly one of the five Lutheran main churches in the city. The church lies now in ruins, after the bombing from the WWII, with only its tower remaining, serving as a memorial and an important architectural landmark. In one side of the churches’ ruins is the statue of the crying boy reminding on the horrors of war. In the middle is the statue of an angel collecting the prays and bringing them up to the God. 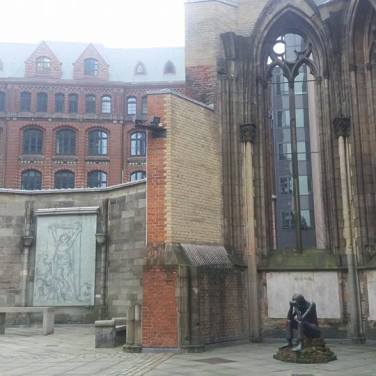 Prüfung – the sculpture of the crying boy

Sculpture of an angel

Part of the Altstadt is the Deichstraße (germ dike street). The oldest remaining street in Hamburg and a popular visitor attraction in the city. Deichstraße dates back to the 14th century; it now contains carefully restored 17th–19th-century houses, all that is left of the old harbour district. The Great Fire of 1842 broke out in Deichstraße destroyed many of the original buildings. Today, along with Neustadt (germ. new city) contains some of the oldest buildings in the city, including the oldest warehouse, at Peterstraße 27, built in 1780. 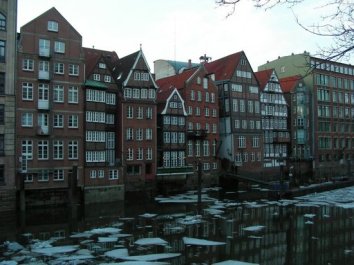 An urban promenade Jungfernstieg is the city’s foremost boulevard. In 14 century used to be a mill damn in order to use the river Alster’s water for a local corn mill.