London attracted over 16 million international visitors in 2014, myself included, making it the world’s most visited city. Settling my company in this city makes me visiting it quiet often, […]

London attracted over 16 million international visitors in 2014, myself included, making it the world’s most visited city.

Settling my company in this city makes me visiting it quiet often, so every time I try to visit something new and discover more! I usually take the Eurostar train from Brussels under the famous canal La Manche and Viola! – in 2 hours I am in London, baby! 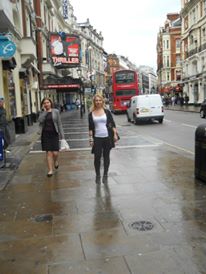 I usually start with shopping in Oxford street and around –  Europe’s favourite shopping area, in the City of Westminster. The road was originally a Roman road,  but later in middle ages known as Tyburn Road  where prisoners from Newgate Prison would be transported towards a public hanging. It became known as Oxford Street in the 18th century changing its character into commercial and retail purposes by the late 19th century, also attracting street traders, confidence tricksters and prostitution.

London was founded by the Romans, who named it Londinium after which  Anglo-Saxon settlement started to grow until the fall of Roman Empire and Vikings invasion. By the 11th century, London was beyond all comparison one of the largest towns in Europe and Westminster Abbey, rebuilt in the Romanesque style by King Edward the Confessor, was one of the grandest churches in Europe. Later, mainly the Gothic abbey church became cathedral as most notable religious buildings and the traditional place of coronation and burial site for English and, later, British monarchs. When I entered the abbey, I was absolutely astonished with the architecture, but also the tradition and longtime history of England. Whenever I stepped or looked, there was a grave of some english king or queen or memorial to the poet or discoverer. 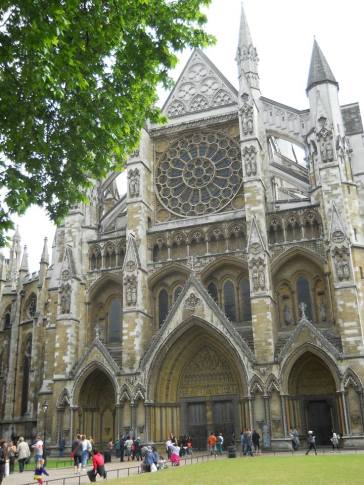 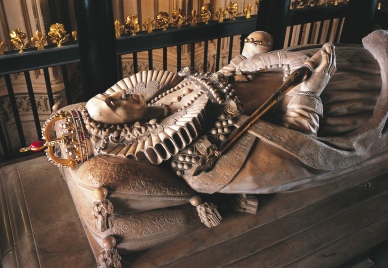 The tomb of Elizabeth l 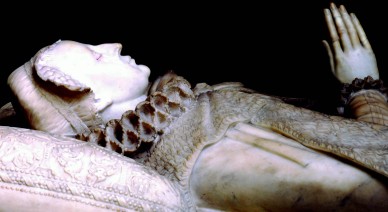 The tomb of Mary Queen of Scots

In the cloisters of the church, I found the oldest door of Britain! Nearly a thousand years old the oak trees growing in the forest outside London a thousand years ago and the door itself was probably constructed and put in place about 1050 when Edward the Confessor built Westminster Abbey next to his palace at Westminster. 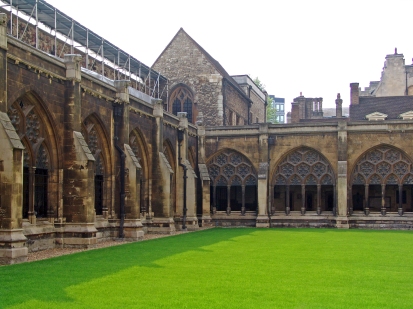 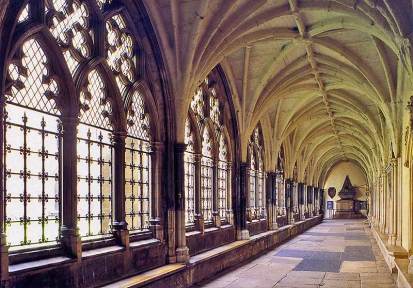 Cloister of Westminster Abbey – inside

The Palace of Westminster is today the Parliament of the United Kingdom – ‘heart of British politics’. It was built on the site of river Thames in the 11th century as the primary residence of the Kings of England, strategically important during the Middle Ages. In 1855, it was added ”the prince of timekeepers”: the biggest, most accurate  clock in the world – Big Ben. 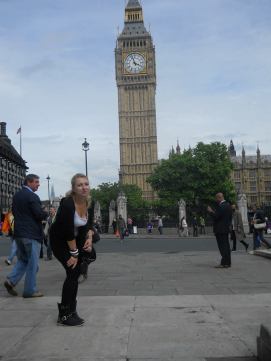 On the river Thames is located the Tower of London as well,  a historic castle  founded towards the end of 1066 as part of the Norman Conquest of England. The construction was started by  William the Conqueror and later expanded by  Richard the Lionheart, Henry III, and Edward I in the 12th and 13th centuries. Under the Tudors, the Tower became used less as a royal residence and more as place of artillery and prison. In one of the towers, the ravens are having their nests. It is said if all the ravens ever leave the tower then the British crown and British kingdom will fall. 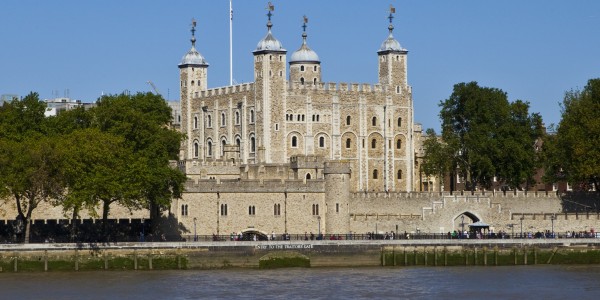 Very next to the Tower is the Tower Bridge: a masterpiece of 19 century architecture with its  hydraulic system. 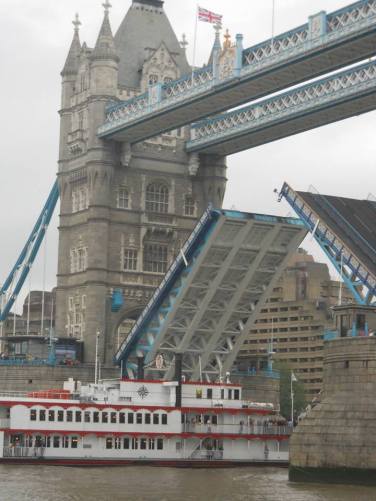 Now when I crossed the river, I could take some walk through the Jubilee Gardens on the South Bank where is also a modern but already very popular tourist attraction: the London Eye, a giant observation wheel 135 meter tall structure, built as part of London’s millennium celebrations.

Continuing to the north, on my way was The Globe theater, an Elizabethan playhouse built for the pays of famous write William Shakespeare, in 16 century. 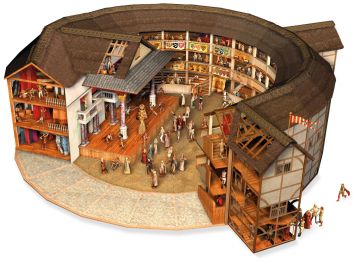 Close by is my favourite bar with traditional fish and chips dish. So I gave myself a break and ordered like a local. 🙂 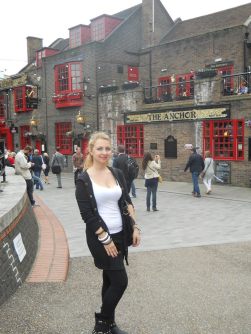 The next day was the day reserved for museums. As it was the first Sunday in month, most of the museums were free. So I went to Trafalgar Square –  the square that commemorates the Battle of Trafalgar, a British naval victory in the Napoleonic Wars. In the center is Admiral Nelson’s column. The British Museum, National Gallery and National Portraits Gallery are just there. Btw, I almost died at Trafalgar square, crossing the street on a green light when the ambulance came out of nowhere, actually behind the doubledecker that stopped on the pedestrian crossing (so I was not able to see it coming). The bus driver was honking, the people on the opposite side of the street were waving when I started to cross the street… and the ambulance suddenly passed by furiously in front of me. Ooops!

Although I have been twice to British Museum and saw its offers and pride, my favourites goes to National Gallery of Portraits with all the royal and aristocracy portraits of their times. Seems like they are real and all my characters from historical novels that I read about became vivid. My imagination gets crazy and I get goosebumps. 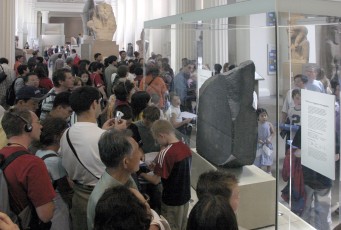 From Trafalgar square I continued through Pall Mall Avenue, decorated with British flags that leads to the Buckingham Palace where the Queen Elisabeth ll and the royal family live. 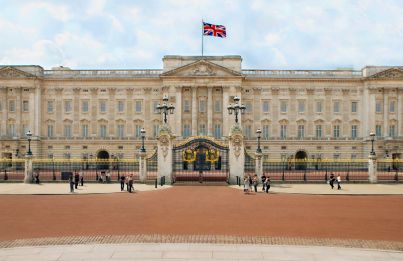 My favourite site in London is this World War ll monument dedicated to the women that carried the burden of war by themselves working what is called ‘a men’s job’ and often not being appreciated for it.

I finished the day at Wembley stadium and dinner there. The daylight was slowly coming to its end and the building started to glow somehow, so I couldn’t resist to seize the moment and take the photo! My mother says it is a true postcard of London.