So much to discover about about Sicilian capital, and so less time… I had a day and a half and made my best of the days! I woke up early […]

So much to discover about about Sicilian capital, and so less time… I had a day and a half and made my best of the days! I woke up early in the morning and crashed into the buzz of the Saturday’s streets. 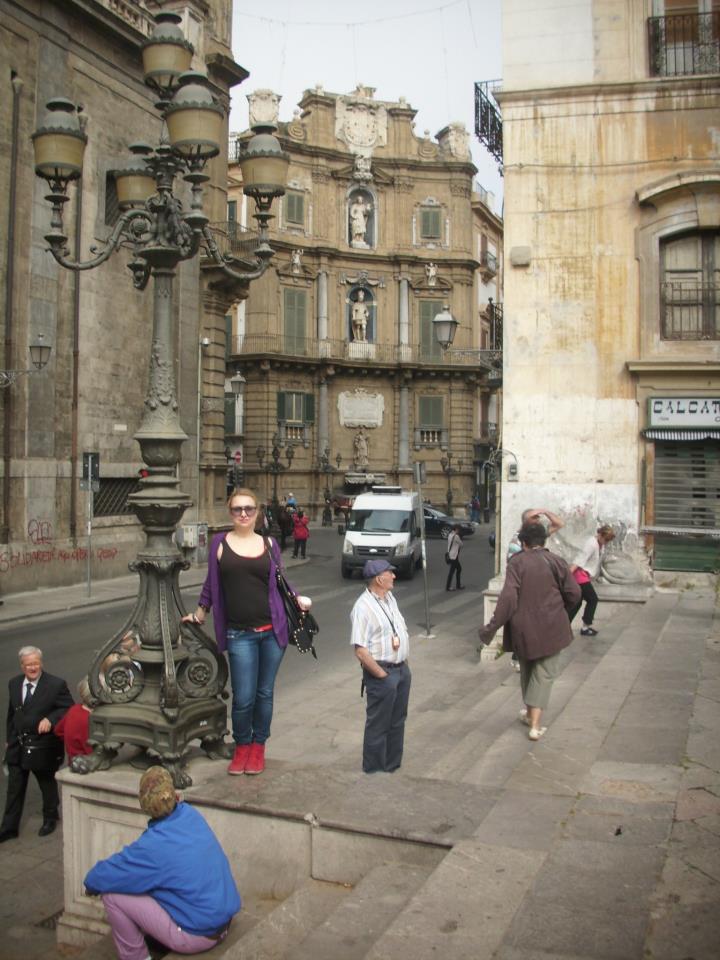 The city is such a mixture of Western, Islamic and Byzantine styles which is the reason many of the region’s churches have been granted Unesco World Heritage status. My first sightseeing was stunning Palatine Chapel  to see the ornate mosaics, the royal chapel of the Norman kings of Sicily. The chapel dates from 12 century and it is dedicated to Saint Peter.

It is the place where Joanna of England married becoming a Queen of Sicily, just before the third Crusade, 12 century. She was a little sister of Richard the Lionheart who was leading the Third Crusade. Allegedly, he was even offering her hand to Salamon, but Joanna refused as she did not want to marry a muslim. History remembers her as a woman whose masculine spirit overcame the weakness of her sex.

Next to it I discovered Catacombe dei Cappuccini – mummified remains of the 16th-century Capuchin monks. With the time, rich citizens of Palermo  started to be burried in their crypt. It actually became a bit of a status symbol. Families would visit the catacombs to pray with their deceased loved ones, and there are thousands of bodies there, in different states of preservation, and some set in particular poses. The most schocking for me was a 4 years old girl, the youngest burried body, died of cholera and hence preserved in its best condition. For the personal respective reasons of mine and finding it inappropriate, I will not post the photo here of her.

After this,  I just needed a refreshment so I walked around and discovered the streets, admiring the architecture and noticed lots of balconies on the buildings. Streets were loud, chaotic, lots of cars and neurotic drivers, but I guess it is Italian way 🙂 It is one of the reasons why sicilian mafia Cosa Nostra is succesful.  The city is constructed as cross points of many small streets ending in weird directions which was fruitful for the development of crime in small, abstruse and dark streets. The local government decided to reshape the city and built some avenues to make it a bit more spacious.

Basta! Time for a coffee!

And this is what you get when you order a coffee to go in Palermo! 🙂 As the Italians are famous by drinking their small espresso at the bar quickl while it is still hot. My failure of trying to be local, obviously! 🙂

Wondering around I discovered the birth house of Giuseppe Garibaldi. The Italian general, politician and nationalist who played a large role in the history of Italy, by uniting the city states into a kingdom during the Italian Revoluiton of 19th century, placing King Vittorio Emanuele l at the throne.

Birth house of the revolutionar Garibaldi

Memorial stone on the birth house

Close by is the theater dedicated to him called Teatro Politeama Garibaldi located in the central Piazza Ruggero Settimo. It is aristotratic opera house, built in the neoclassical architectural style.

Note on the photo cheerfully painted wooden carts. It was the Ancient Greeks who brought the concept of a simple, rectangular cart with two wheels to Sicily and carts of this type can be seen in the Roman mosaics at Piazza Armerina. They are called Patti Chiari.

By that time I was already hungry so I ran towards the market. And there I realized Palermo’s importance as a trading centre. Just the spirit that lives on in the city’s lively markets, like Vucciria (meaning ‘chatter’ or ‘hubbub’) made me feel lively as well. There was lots of cheap food, vegetables and even cheap vintage clothes, all while inhaling the scents of flowers and spices and taking in the bright colours. 🙂 Sicily you are vivid! 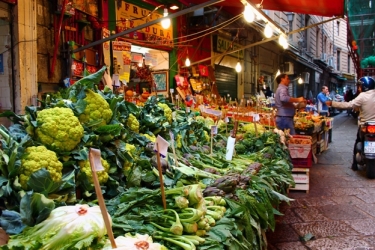 One of the sites of Palermo is Quattro Canti at Piazza Vigliena.  It is a baroque square built in 17 century, with the facades of bronze and marble that contain fountains with statues of the four seasons, the four Spanish kings of Sicily, and of the patronesses of Palermo, (Christina, Ninfa, Olivia and Agata).