When I was in Copenhagen, I decided to hop on the train and pass the famous Øresund Bridge that turns into a tunnel and arrived to Malmo. It was […] 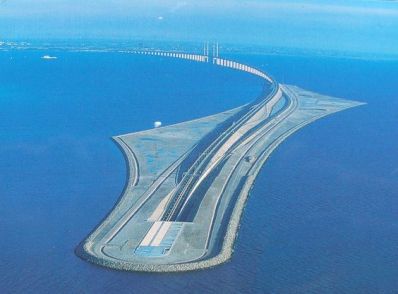 When I was in Copenhagen, I decided to hop on the train and pass the famous Øresund Bridge that turns into a tunnel and arrived to Malmo.

It was a one – afternoon trip with no special sites to see, but it was nice thought to be in Sweden for a couple of hours.

So I discovered Sweden’s third largest city and at the same time the home of the Scandinavia’s tallest building, beautiful parks, edgy contemporary museums, wide shopping streets and cozy squares…

As Malmo was a huge market place back in Middle Ages as a part of Hanseatic League, most of the citadel was builded in 15 century. From that time, the houses with wooden construction were very popular. Some of the examples are still present, like the ones at the Lillatorg (engl Little square). 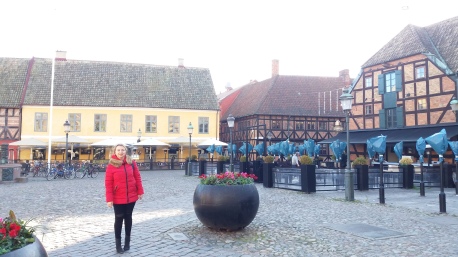 Malmö was one of the earliest and most industrialized towns of Scandinavia, but it struggled with the adaptation to post-industrialism. As a result the modern buildings landmark is marking nowadays city. One of the examples is the Turning torso – tallest building in Scandinavia, kinda  neo-futurist, residential skyscraper. 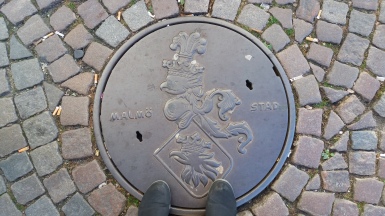 The city’s  symbol is the griffin’s head – a legendary creature with the body, tail, and back legs of a lion; the head and wings of an eagle; and an eagle’s talons as its front feet. Because the lion was traditionally considered the king of the beasts and the eagle the king of birds, the griffin was thought to be an especially powerful and majestic creature. The griffin was also thought of as king of all creatures. Griffins are known for guarding treasure and priceless possessions.

All in all, good day in Sweden.

#euro2020⚽
Koblenz - where the river Mosel joints the Rhine. Komisch, heiter oder doch verrückt?
Castle Eltz - 850 years old brother of the castle Eltz in Vukovar.
Love me not.
A plant with a face.
Medieval goth. Amen.
Voltaire would love it! I am sure.
All the wine cellers of Alsace belong to us.
Colmar called and l had to go!