Once upon a time…. no actually twice so far… I have been to Paris twice and defo going back again and again. I usually do not go back to places […]

Once upon a time….

no actually twice so far… I have been to Paris twice and defo going back again and again.

I usually do not go back to places I have visited but Paris is Paris! And is just Paris. No cliché.

So let’ start first what everybody expects: the Eiffel Tower. And yes it is true, just like in american movies, it appears and peaks from almost every streat. My brother and I were the entire time playing this cou-cou game with it. 🙂 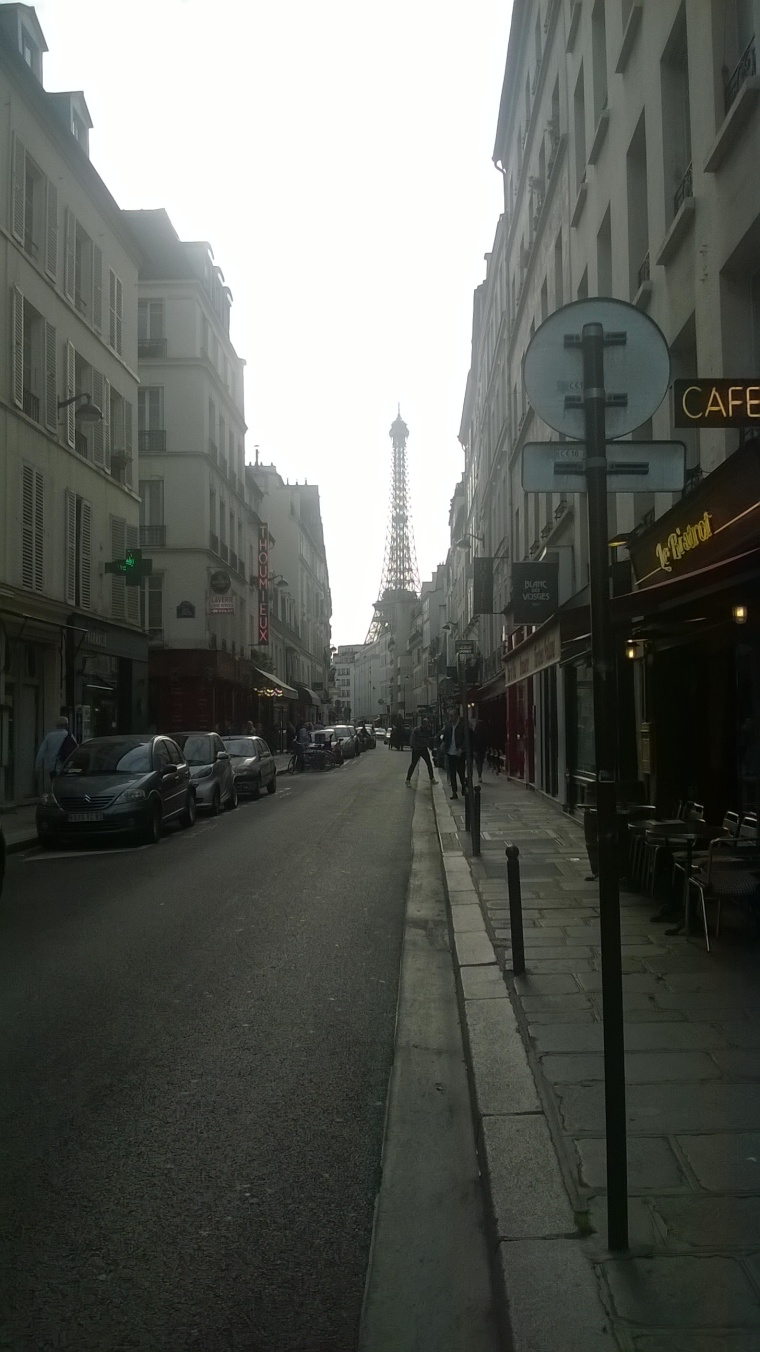 As you can see, the Eiffel Tower from Avenue Kleber. Of course, it was raining. Paris has the best PR of all the cities. It is called the city of lights and always shown with sunshine.  But actually, it is kinda grey and rainy most of the time.

Tourists that come to visit Paris and are caught by the rain, think they have just been unlucky. But actually, it is quite normal weather over there… 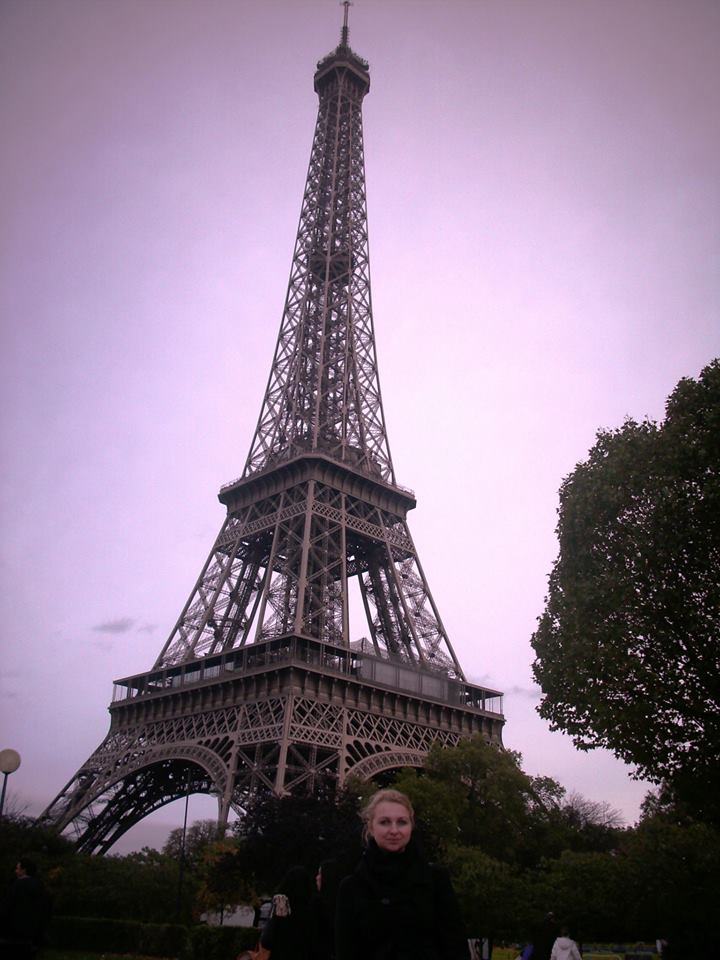 So, the story about the site is familiar, isn’t it? In 1889, at Champ de Mars it was constructed for the World’s Fair by Gustave Eiffel as a symbol of industrial revolution of that time. It was supposed to be removed as many Parisians didn’t like the ugly construction in the city. But it remained the global icon with the apartment of his creator at the top and restaurants with the view on the city. 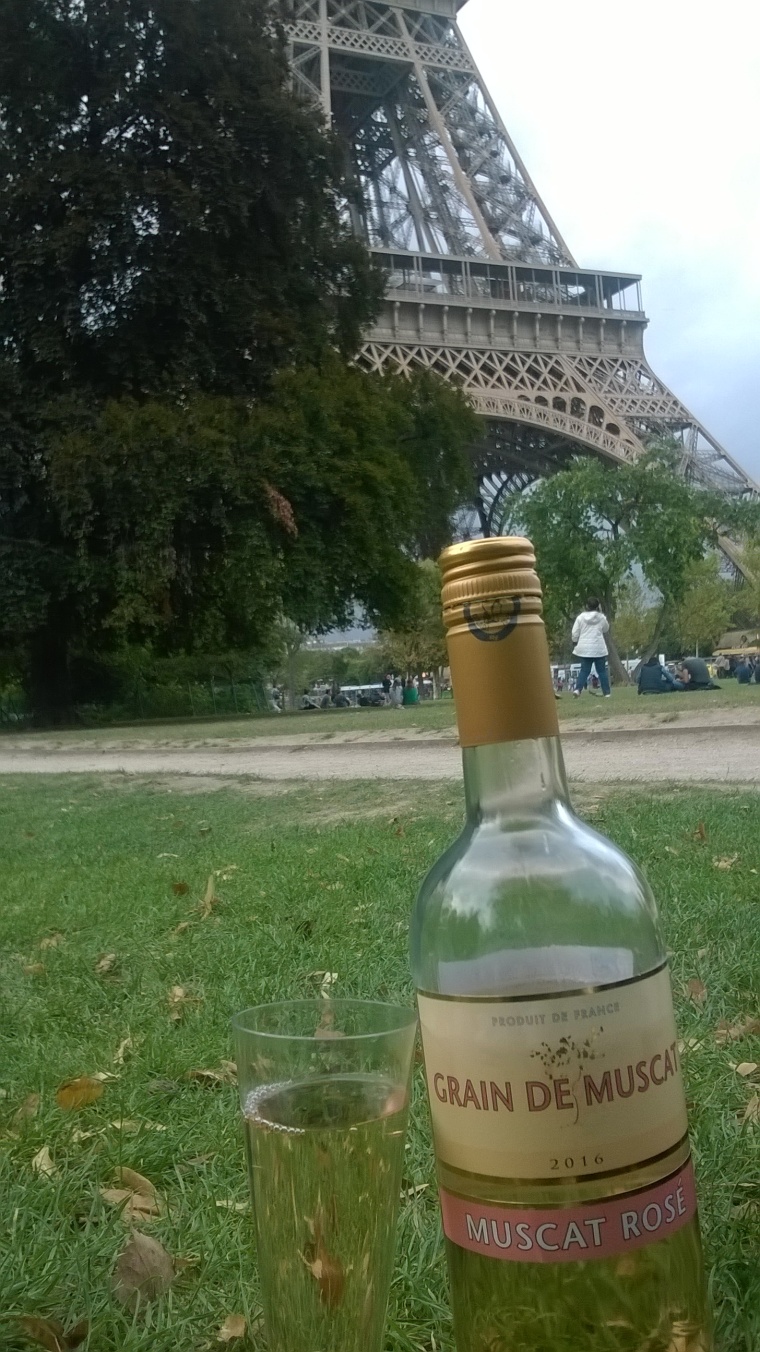 The best look at the tower and place to take the best photos is Trocadero. 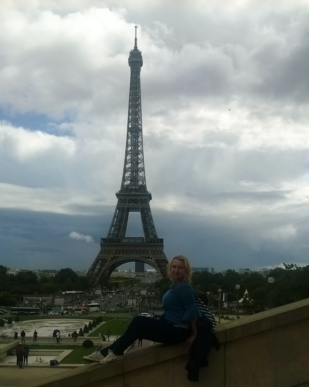 Not so long time ago, Hiter took his photo from here just after the Nazi’s entered the city. His most famous photo is actualy from Trocadero.

Today it is also the place where all the fashion peeps, bloggers and Eiffel tower lovers take photo for their life memories. O tempora, o moris!

My brother and I have also whitnessed weddings and photo sessions there. Sometimes it was too much as we would see pink limos stopping the traffic or old suga daddy groom with his too young diggers trying to have that perfect wedding in Paris when thousands of other turists are on their photos too.

But then again, who are we to judge? 🙂

The second fashionista popular thing in Paris is Champs-Élysées. It iused to be a walking path for Parisians during the kingdom where the king would also talke his walk from his previous palace in the center. Later the seat of french kingdom will be moved to Versailles (I will get to that too). 🙂

Today the avenue is known for its theatres, cafés, and luxury shops, (seriously, there are Ferraris and Lambourginis parked in front of shops like Louis Vuitton in order to sit inside the car and take a photo – and all that for 199 EUR!) for the annual Bastille Day military parade, and as the finish of the Tour de France cycle race. The name is French for the Elysian Fields, the paradise for dead heroes in Greek mythology but also there are many statues of famous french politicians, like ex-prime minister Clemencau. It is one of the most famous streets in the world.

The avenue leads towards the Arc de Triomphe de l’Étoile, the monument at the center of Place Charles de Gaulle (french general and statesman from Lille). The étoile or “star” because of the juncture formed by its twelve radiating avenues.

The Arc de Triomphe honours those who fought and died for France in the French Revolutionary and Napoleonic Wars, with the names of all French victories and generals inscribed. I found the name of the croatan division too from the region of Dalmatia. Beneath its vault lies the Tomb of the Unknown Soldier  from World War I.

The third famous thing about Paris are churches. Most particularly Notre Dame Cathedrale – a medieval Catholic cathedral on the Île de la Cité (island in the middle of Paris, on the river Sorbonne – where from the entire french empire started). Widely considered to be one of the finest examples of French Gothic architecture, it attracts milions and milions of visitors.

Inside we visited the throne where Napoleon was crowned, another statue of Jeanne d’Arc (just like in Reims) and the Tresory.

As I started to explain, Île de la Cité is where all started centuries ago and the residence of the Kings of France until the 14th century was Sainte-Chapelle: considered among the highest achievements of the period of Gothic architecture. It was commissioned by King Louis IX of France to house his collection of Passion relics, including Christ’s Crown of Thorns—one of the most important relics in medieval Christendom. 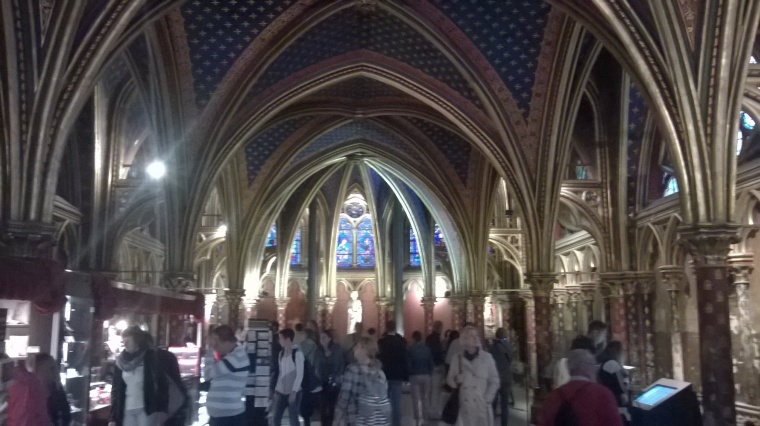 Then Basilique royale de Saint-Denis, which is in St Denis quarter, in the outskirts of Paris – a bit dodgy area… a large medieval abbey church, completed in 1144, but originalley a Gallo-Roman cemetery in late Roman times. 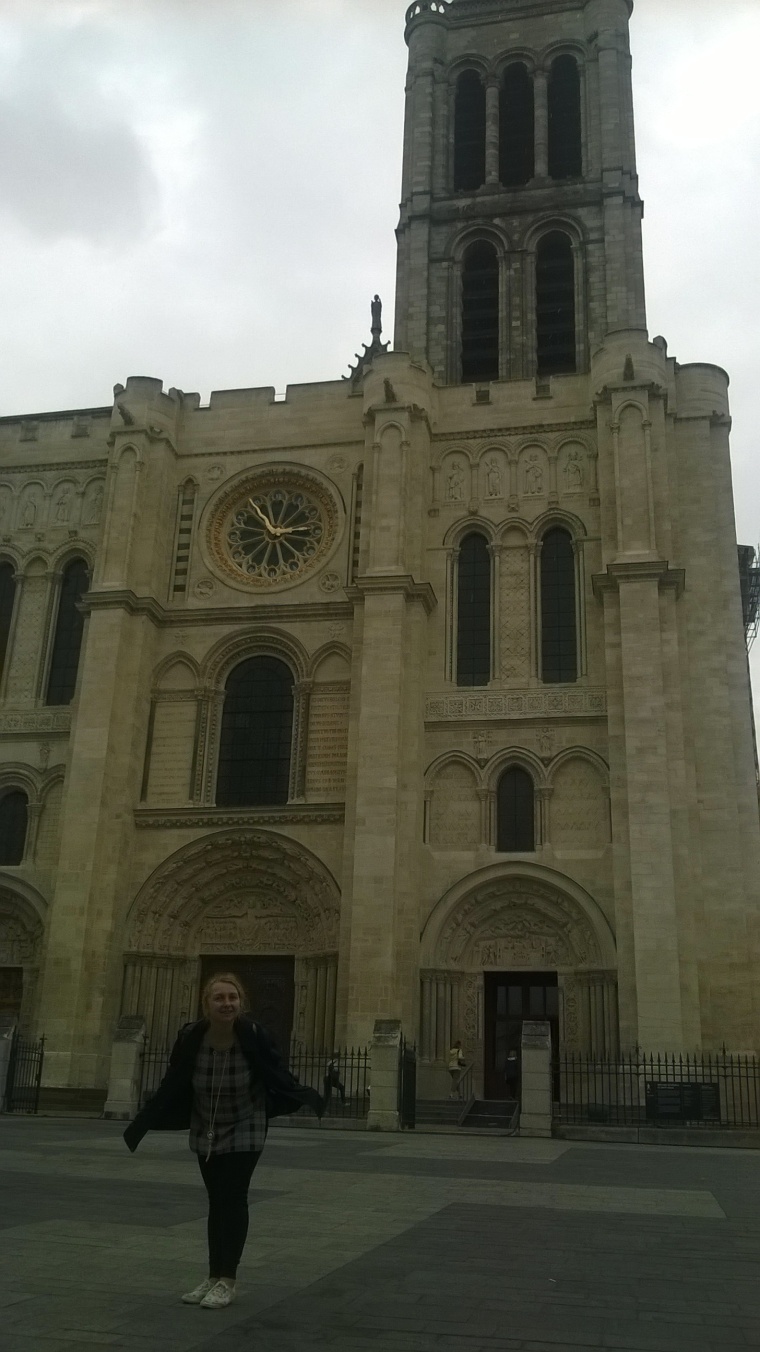 The basilica became the burial place of the French Kings with nearly every king from the 10th to the 18th centuries being buried there, as well as many from previous centuries – e.g. king Louis XVI and queene Marie Antoanette. (It was not used for the coronations of kings, that function being reserved for the Cathedral of Reims). 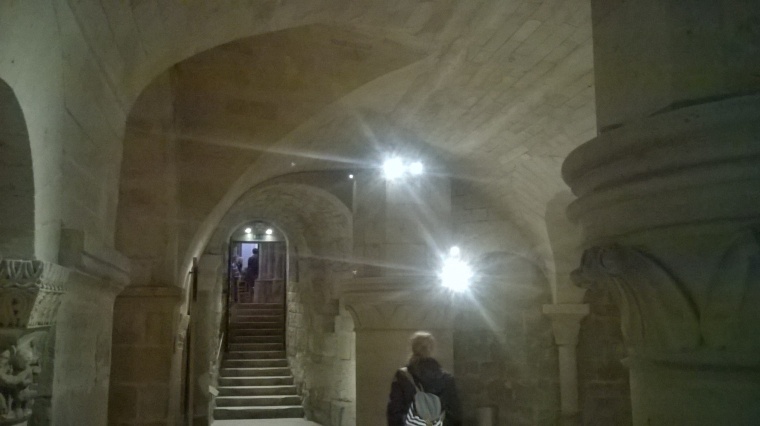 The tombs of Louis XVI – the Sun King and Queen Marie Antoinette were demolished after French Revolution in 1791. since the devastated mass, disapointed in french kings and frustrated because of the poverty, was digging the graves in search of the jewelry. Hence their tombstones are modern marble with an inscription characteristic of today’s graves.

But my total honour went to Catherine de’ Medici, daughter of Lorenzo II de’ Medici (Florence, 16th century) an Italian noblewoman who was queen of France from 1547 until 1559, as the wife of King Henry II.  Being the daughter of influenced family, she had extensive, if at times varying, influence in the political life of France and for a time, she ruled France as its regent.

Her husband, King Henry II excluded Catherine from participating in state affairs and instead showered favours on his chief mistress, Diane de Poitiers, but Henry’s death thrust Catherine into the political arena as mother of the frail fifteen-year-old King Francis II whom she managed to put on the throne upon his adultry. Women rule through the history behind the curtains. 🙂

For the great view on the city, there is a Montmarte.

There is more than 250 steps to get there, but the view is breathtaking.

Montmartre is primarily known for its artistic history, the white-domed Basilica of the Sacré-Cœur on its summit, and as a nightclub district.

Near the end of the 19th century, during the Belle Époque, many artists had studios or worked in or around Montmartre, including Claude Monet, Pablo Picasso, Vincent van Gogh etc. Montmartre is also the setting for several hit films. Nowadays there are many  restaurants with live music, artists and sellers of antiquities so it gives still the c’est la vie charm.

Talking about cabaret (form of entertaining music/ dance of 19h century), just beneath Montmartre there is famous Moulin Rouge (eng red windmill). A historical place, best known as the spiritual birthplace of the modern form of the can-can dance- originally introduced as a seductive dance by the courtesans.

During the World War ll was famous as the gathering of the Nazi soldiers and courtesans who were most of the time the spies, using their seduction as the main arms.

The other place for clubbing and student life is defo the Latin Quarter  where the famous Sorbonne University is.

Collège de Sorbonne, founded in 1257 as the third oldest university in Europe (after Bologna and Oxford) has mediaval surroundings and this bohemian atmosphere of students and professors

Now about the gardens of Paris!

Currently the closest one is Jardin du Luxembourg.

The Jardin des plantes is the main botanical garden in France. My brother and I have visited there French National Museum of Natural History. 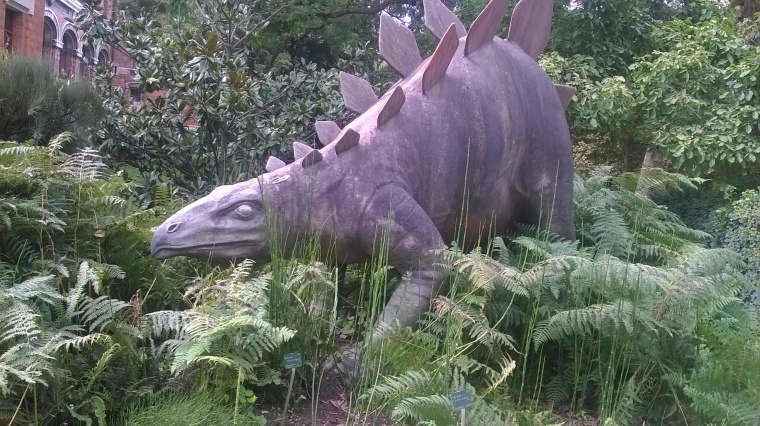 The third garden I have visited is Tuliers.  The palace and garden itself were a royal and imperial palace in Paris which stood on the right bank of the river Seine. It was the usual Parisian residence of most French monarchs.

And as you can see on the photo above, the Louvre Museum is just there. The world’s most visited art museum with one of the biggest surfaces in the world.

The other side of the Tuliers gardens leads towards the Place da le Concorde and  the Luxour Obelisk – a 23 metres high egyptian obelisk, originally located at the entrance to Luxor Temple, in Egypt. In early 19th century was brought to Paris as a gift.

This square used to be a place of guillotine.

Another impressive square is Place de la Republique containing a monument which includes a statue of the personification of France, Marianne. Same Marianne is the motiv of E. Delacroix painting Liberty Leading the People, which celebrates the French Revolution (nowadays in Louvre Museum – photo above).

Place de la Bastille is where our hotel was and where the Bastille prison stood until its physical destruction during the French Revolution in 1791. If you go there, do not wander around asking the locals Where the Bastilla is? It is destroyed and the opera house is built on its place.

We visited as well the Napoleon’s tomb at Les Invalides. The building containins museums and monuments, all relating to the military history of France, as well as a hospital and a retirement home for war veterans.  The Musée de l’Armée is pretty impressive leading the visitor throgh the french military hisotry! 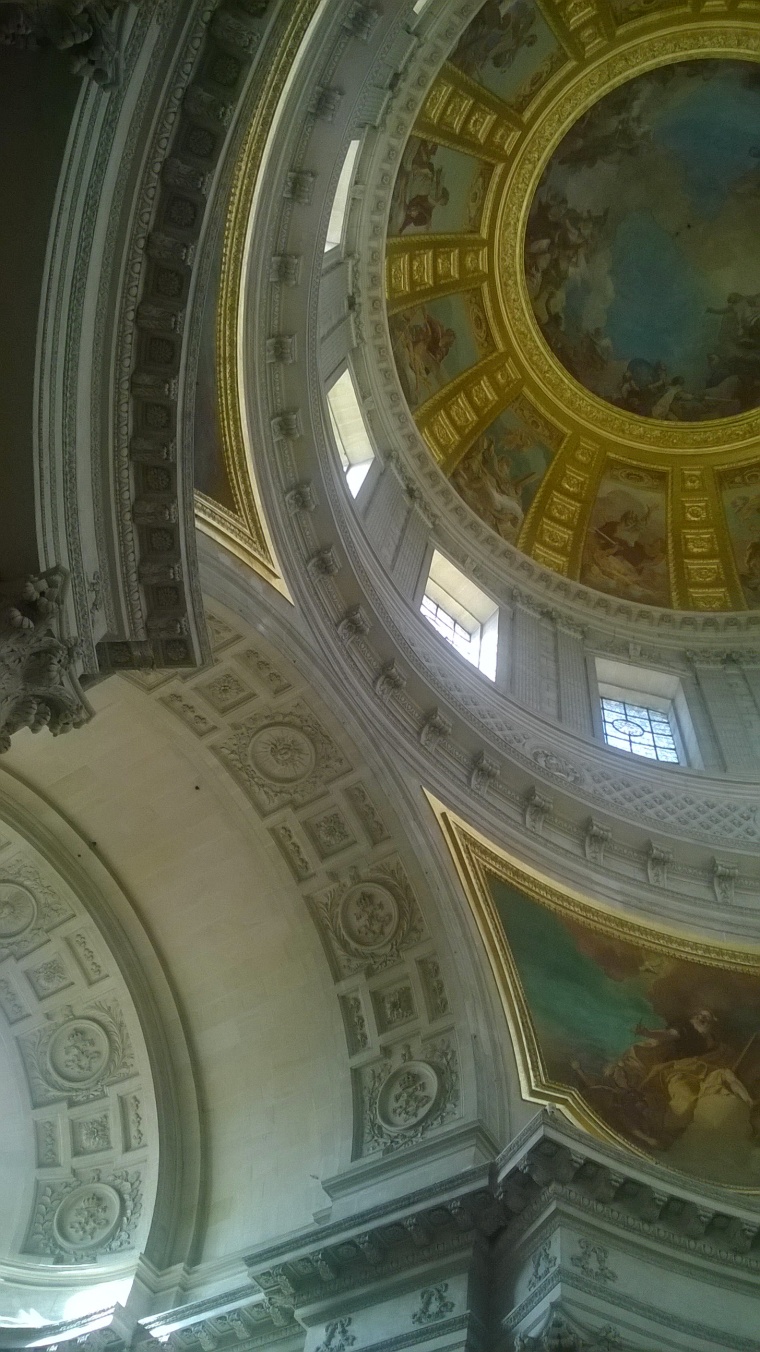 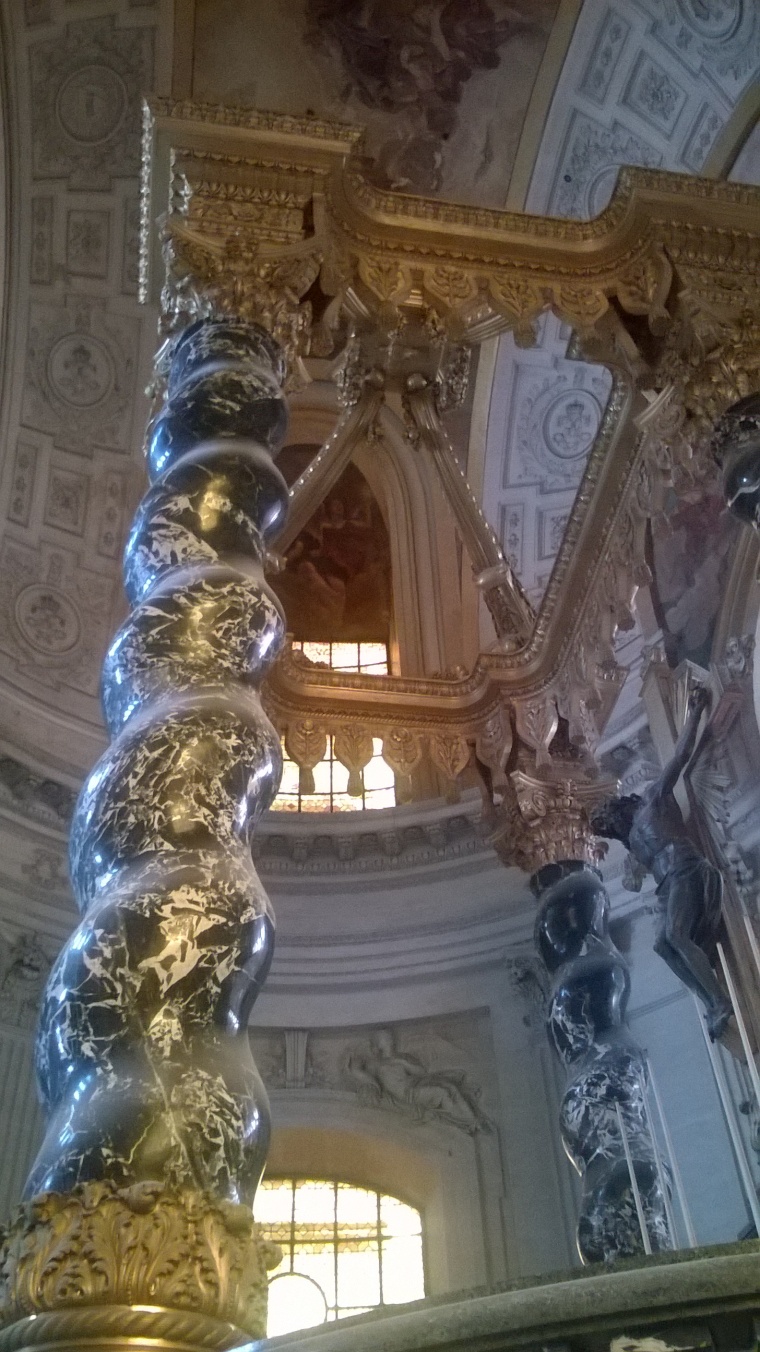 The Palais de Justice is among the oldest surviving buildings of the former royal palace together with the Sainte Chapell (mentioned above). It is where Marie Antoinette was imprisoned before being executed on the guillotine.

The Hôtel de Ville has been the headquarters of the municipality of Paris since 14th century. As everything in Paris, the building is impressive gothic towered building…

Let’s just take a break for a while and look into this:

Centre Pompidou is a complex building of Museum of National Modern Art, kinda funky building – it was complited in 1977. What a year! 🙂

And what is France without the football? Stade de France!

In case this post hasn’t have enough of burial and necrofil moments, let me show you the Père Lachaise Cemetery: being called the biggest concentration of human intelligence (or what it used to be). 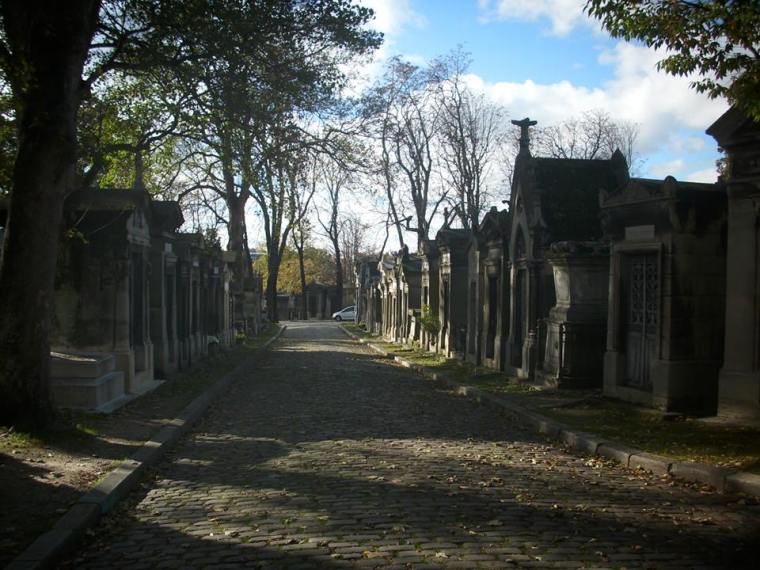 And for the end… couple of photos of Senne river and the bridges: Pont Neuf and Pont Royal. 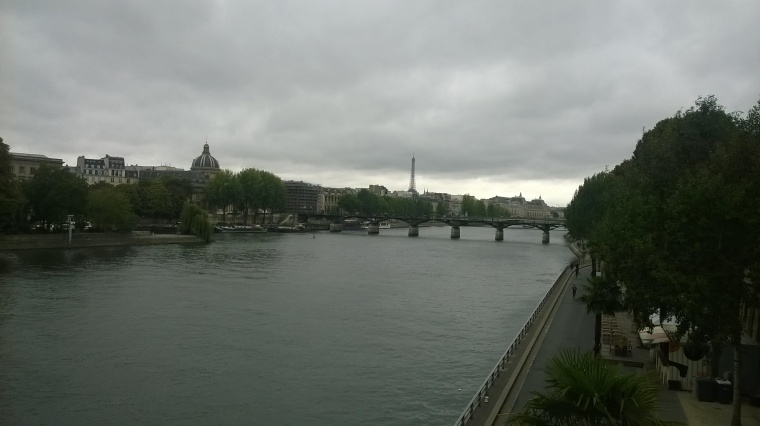 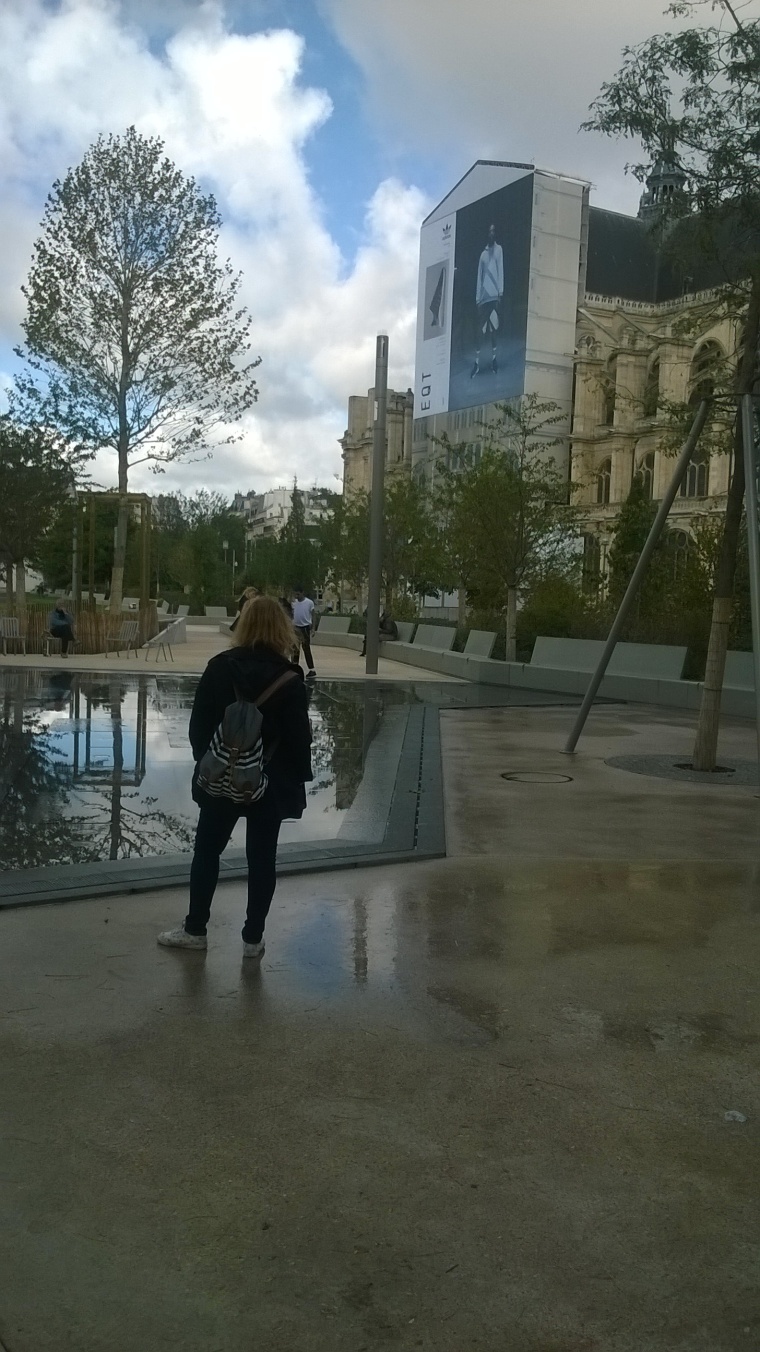 Paris, see you next time soon!