A college city, monden by its appearance and so- calleed the romantic city in the region of Baden-Württemberg, situated on the river Neckar in south-west Germany. It is located only 78 km from Frankfurt. The […] 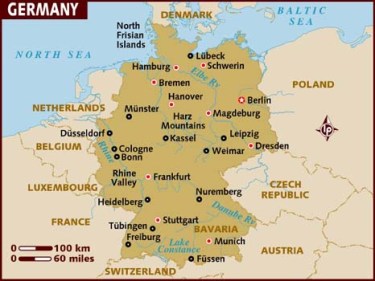 A college city, monden by its appearance and so- calleed the romantic city in the region of Baden-Württemberg, situated on the river Neckar in south-west Germany. It is located only 78 km from Frankfurt.

The city’s charm is in the peaceful lifestyle and historical happenings.

The city was founded  in the 5th century BC, as a Celtic fortress of refuge and place of worship built on the Heiligenberg, or “Mountain of Saints.” In 40 AD, a fort was built and occupied by the Romans   and remained until 260 AD, when the camp was conquered by Germanic tribes.

Then the people gradually converted to Christianity… and the monastery was built in the ruinns of celtic/ roman fortress, around 9th century.

The very came castle in 1214, was acquired by Ludwig I, Duke of Bavaria, as a consequence of which the castle came under his control.

With appearance of the Heildeberg University, founded in 1386, the modern era of the city began. The University is Germany’s oldest and one of Europe’s most reputable universities. A scientific hub in Germany, the city of Heidelberg is home to several internationally renowned research facilities adjacent to its university, including four Max Planck Institutes.

Heidelberg’s library, founded in 1421, is the oldest existing public library in Germany.

Heidelberg University played a leading part in the era of humanism and the Reformation, and the conflict between Lutheranism and Calvinism, in the 15th and 16th centuries.

In April 1518, a few months after proclaiming his 95 Theses, Martin Luther was received in Heidelberg, to defend them.

A stone bridge in Heidelberg, crossing the Neckar River connects the Old City with the eastern part of the Neuenheim district of the city on the opposite bank and is one of the best-known and amazing landmarks and tourist destinations in the history of Heidelberg.

Above the city of Heidelberg, there is a beautiful park called Philosophers Weg or in english “Philosophers’ Walk” that can be traced to the fact that Heidelberg’s university professors and philosophers found this path a congenial place where they could talk seriously and contemplate while enjoying the charming view of the Neckar. 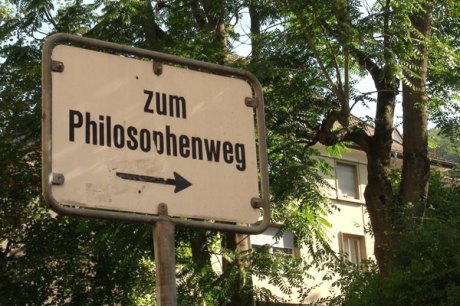 This view of the town inspired also the poets like Schiller and Goethe to write their pomes and novels like The suffers of young Werther by Goethe, as being inspired by the ties of romanticism, idea’s of modern philosophy and the world as a sad place where love is hardy given back. It was also the time of the birth of the idea of nation-state viewed as a modern romantic patrotic gather of different european tribes under their different mother nation-countries.

Heidelberg was basically the centre of the epoch of Romantik (Romanticism) in Germany.

The Old Town has a beautiful main square with the baroque style houses and later secession. In the center is the statue of Hercul, greek god which reminds of the enormous efforts that had to be undertaken to rebuilt the city after its destruction in the Thirty Years War of 18th century.

During World War II, Heidelberg was one of the few major cities in Germany not significantly damaged by Allied bombing. Situated in the American Zone of Germany, Heidelberg became the headquarters of the American forces in Europe. Several military installations remain, including Campbell Barracks, the US Army, Europe (USAREUR) and NATO’s Component Command-Land Headquarters.

Heidelberg is also a birth city of the the first President of Germany from 1919 until his death in office in 1925 Friedrich Ebert. Thanks to his Foundation I have travelled many countries as a student, visiting many conferences sponsored by this foundation.